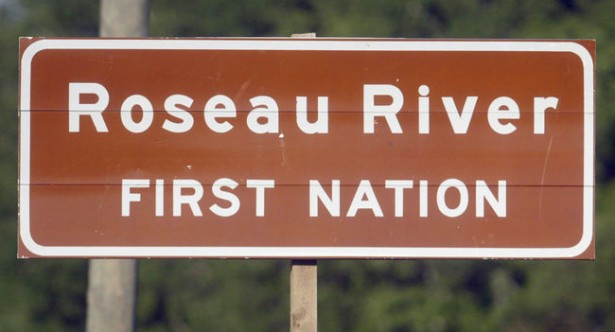 IF YOU’VE lived among Anishinabe, you’ve heard the phrase “too many chiefs and not enough indians.” It refers to the familiar spectacle of an environment which is rich in big ideas and big talk, but rather poor in the getting of things done. At the Roseau River Anishinabe First Nation in southern Manitoba, near the U.S. border, two chiefs have been elected within the last year, and the community is now facing a February referendum to sort out a bit of a jurisdictional mess. I advise you to put on your seatbelt as I rehearse a fascinating story which tells us quite a bit about how things work in the world of Indian Country.

As is the case in all First Nations communities situated within Canada, Roseau River Anishinabe First Nation is governed by the Indian Act. This federal legislation specifies in detail the authority, powers, and jurisdiction of the elected chief-and-council. Members of the community constitute a “band,” above which in most cases is an aggregation of affiliated bands called a “tribal council.” Indian Act communities, or reserves, are under the authority of the Minister of Aboriginal Affairs, who must approve all band council resolutions and initiatives which go beyond or propose to amend the nuts-and-bolts substance of the Indian Act.

An example was in the news this week when the Chief of the Samson Cree First Nation, Marvin Yellowbird, proposed a by-law which would see the community’s criminal elements — drug dealers, gangsters, and those responsible for recent murders — ejected from the community. The law was approved in a referendum. I noted at the time that editorials in major newspapers praised this by-law as an example of native people getting their affairs in order, but the reality is that it’s not their affairs, it’s the affairs of the Minister of Aboriginal Affairs. It ain’t so until John Duncan makes it so. (There’s an additional irony in the fact that community eviction is a “traditional” way of dealing with sociopaths, many hundreds of years the precursor of Canada and its Indian Act.)

You may well have asked By what course did this community arrive at two elections of two chiefs within the year? An excellent question. Some years ago the elected council and Indian Act Chief, Chief Terrance (Terry) Nelson, began a process of integrating the hereditary leadership into the Indian Act governance arrangements. Before the arrival of European settlers, many indigenous people organized themselves along tribal lines, a network of clans establishing the basic units of social organization, accountability, and cohesion. In the nineteenth century, the Indian Act imposed on indigenous peoples a european style of governance organized around liberalism’s notions of individualism, democracy, and the social compact. Roseau River termed their clan system of governance the “Custom Council,” and proposed to incorporate it into the federal government system. The arrangement was sanctioned by the requisite authorities — including the courts — as a result of which the community’s elders now preside over the Indian Act chiefs, one of their traditional powers being the dismissal of leaders. Last year the Custom Council unseated Terry Nelson, who turned out to be an ass and embarrassment, and called an election which brought forth the electoral victory of a Winnipeg accountant, Ken Henry. A stunning 13.5% of eligible voters cast a ballot, 7% of them supporting this Social-Media-savvy, “Get on Facebook!” candidate.

On its surface, this bold blending of the Indian Act and the traditional modes of governance must have seemed a grand, brave new world idea. Alas, the Minister of Aboriginal Affairs was not pleased with the results. Now the community faces yet another referendum, this time demanded by Canada and concerning the preference of pastures demarcated by the governance fence. It appears that, in Roseau River at least, the hereditary council system and the Indian Act make a poor team, especially when the former gets an upper (one is here tempted to say uppity) hand. I do have to wonder if the Minister would abide by a purely traditional, non-Indian-Act government, and perhaps we’ll see. Putting that aside for a later date, there are many aggravating factors and curious details which are not only interesting but also helpful to know.

It is helpful for instance to note that this community had been neck-deep in a land claim for thirty years. On February 8, 2011, the people of Roseau River approved a land claim settlement the pursuit of which began in 1982 and went back to some questionable actions of a certain Inspector of Indian Agencies named S.R. Marlatt. Here is the Inspector’s 1903 report:

The land of both [Roseau] reserves is first-class, and capable of supporting a much larger population than they have. Wood and hay are abundant, and plenty of open prairie for cropping. Last winter the band surrendered seven thousand seven hundred and eight acres of the principal reserve. It was sold for the benefit of the Indians last May, realizing $99,782.50, or nearly $13 per acre. The sale was regarded as highly satisfactory. According to the terms of the surrender ten per cent of this, less the cost of management, was expended for their immediate requirements.

The short of it is that this Marlatt fellow under pressure from his Indian Affaris superiors applied sufficient encouragements and gave such assurances to the then-leadership, of a nature unclear, that within ten days of a January 20, 1903 meeting a long-standing refusal to surrender lands was suddenly reversed. On balance the evidence suggests that the community’s decision was driven by desperation as well as promises made and that this position of weakness was exploited by, in the words of the Indian Claims Commission, “a Crown that would not listen to a Band that had made its intentions clear to no fewer than five senior departmental officials — Inspector Marlatt, Indian Agent Ogletree, Inspector McColl, Farm Instructor Ginn, and Indian Commissioner Laird.” The residents of the Roseau River did not want to forego the sixty percent of their land base which they eventually did forego, and the Inspector knew this but was acting on behalf of the land hungry white settlers and municipal politicians, as well as the American speculators, congregating at the reserve’s fringes. The legal term for this manoeuvre is abdication of fiduciary duty and it took three separate initiatives of the community over three decades to bring about a successful case against it.

What should have been a good news story is now devolving into a meh, not so good. One may be certain that the $80 million settlement has something to do with the sudden political upheavals of this community. A well observed trend is the boat tipping which ensues when long-impoverished communities come into what seems to them vast sums of money. (I write seems because in fact only $5,000 will be paid directly to each eligible band member, the rest going into a trust to buy land: hardly life transforming stuff.) While most keep on their way, some land in troubled waters, as has been at times the case in Indian residential school settlements. That’s the first entry in the not-so-good column. The second pertains to the ever-present invigilation of the Minister, noted throughout this cursory overview, which seems even in our time actively intent upon bringing about a self-fulfilling wards-of-the-state prophecy. The feds and their local proxies preside over a political system whose legitimacy and credibility may by inferred from the voter turnout cited above. Nor does it much nourish one’s confidence that Canada just last year made good on the “foolish, improvident, and exploitive […] tainted dealings” of 1903 (these phrases are quoted from the findings of the Indian Claims Commission, issued in a 2007 report). Talk about swift reconciliations. The Minister of Aboriginal Affairs is on the eighth of his twelve steps, knocking on the doors of amends about eight decades post-mortem. And there are hundreds and maybe thousands of similar stories, a few of which are at the root of Caledonia’s current miseries and awaiting some sort of resolution. Awaiting.