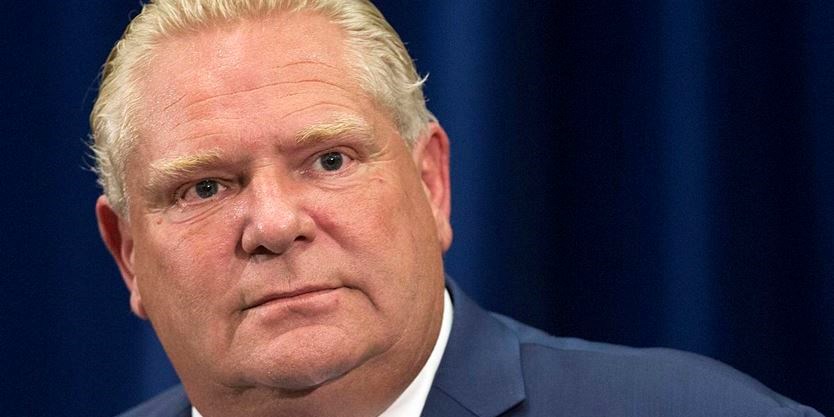 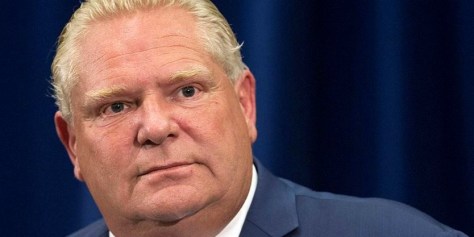 From time to time, a pig needs lipstick

DOUG FORD’s cabinet shuffle arrives in the waves of discomforting polls and cold receptions—the most noted being the Raptors parade, where people booed the leader of a party self-described as For The People. The government concludes that they have not communicated effectively. In an age when the Party runs its own news channel, on social media, and has taken every opportunity to stage propaganda stunts (featuring cabinet ministers posing at convenience store shelves and gas pumps across the province) it’s equally plausible that they are communicating only too well. The people now know Mr. Ford and his works better, and as a result they are not happy.

Out has gone a Minister disliked by parents of autistic children, not only on account of the government’s cuts to services but also the manner in which the cuts were handled. Was this a failure of communication? Minister MacLeod did no worse than Doug Ford, who told Tommy Lenathen in 2014 to “go to hell.” Lenathen you’ll recall had a son in an Etobicoke home for teenagers with autism, whose residents were characterized by Ford as criminals responsible for ruining the neighbourhood. Lenathen issued a formal complaint against Ford and in response was accused of waging “jihad.” As far as I’m aware nothing came of this sound-and-fury exchange but smoke and ink. Like so much of the Toronto Ford years, there was little substance behind the noise, even Ford’s threats to buy and re-sell the home amounting to nothing more than angry bluster. Communication, ladies and gentlemen.

Having found himself as so often in the past tossing among rough waters, the Premier has rolled heads to make way for recruits who are, we are encouraged to believe, better at the business of managing the message. But let’s pause to note two things: Ford is an agent of malice and chaos, and in this capacity the source of his own misfortunes, and the blunders of his team are on-brand, precisely of the style for which Ford himself is notorious. As a municipal councillor, he drew a rageaholic’s delight in stirring the pot and raising the temperature. There was no issue he could not and did not leave more acidic than he found it. He was and is his own worst enemy, and his restless schtick of aiming a chubby finger at so-called jihadists and elitists changes nothing.

Still, from time to time a pig needs lipstick. Don’t expect the style or the substance of Mr Ford to change: this shuffle is about optics. Replacing the former Finance Minister Vic Fedeli is Rod Phillips, once tasked with the unenviable job of handling the proto-Ford mayor Mel Lastman. Let the CV show that as long as Phillips was in the building, the instability of Lastman’s ego didn’t yield a gigantic black hole. Likewise the new Education Minister, Stephen Lecce, once upon a time protected the Harper government from itself, as a communications staffer. Anyone who was in Ottawa during the Stephen Harper years understood that Communications was a euphemism for party discipline and the screwing of thumbs, a prime necessity in a party cobbled together from diverse and in some cases lunatic elements whose loose lips might on any given day sink the ship.

The Minister of Children, Community and Social Services, Todd Smith, is the Government House Leader, a job given to those with a knack for imposing discipline and herding sheep. Like Lecce, Smith will inherit the public ill-will harvested by his predecessor. But the course that brought us here is unlikely to be re-oriented. Every portfolio will be mandated to cut eight cents from the dollar and to consider nothing sacred. Fortunately it turns out that cuts are good for you. The former Minister of Education reminded us that larger classroom populations promote resilience in children. Perhaps the present Minister of Education (who at age 32 is somehow old enough to have been a campaign staffer in the Mike Harris years) will be more saavy. After all, he’s had the benefit of the only decent form of education, a faith-based private education.

Or more likely the Ford administration will continue to have the look and feel and aroma of an administration shaped by the ever-intemperate ever-pugnacious Doug Ford, because that’s what it is and always will be. In no longer than it takes to say “Chardonnay Sipping Elitist” the cunning communicators of Queen’s Park will be recommending some variation on dented cans of tuna fish to Ontario parents, like their spiritual forebears of the Harris government. Ford will continue to surround himself with cronypals, and the cronypals will make it their prime directive to produce a caucus of standing-ovation dittoheads. Back home the voters will wonder over the point of sending MPPs to Toronto, only to have them turned into sheep by Dean French and fed scripts for Borg-like regurgitation in awkward social media videos. This too is a form of communication—a bad form, and one I expect we’ll be seeing a lot more from the communication wizards. ⌾