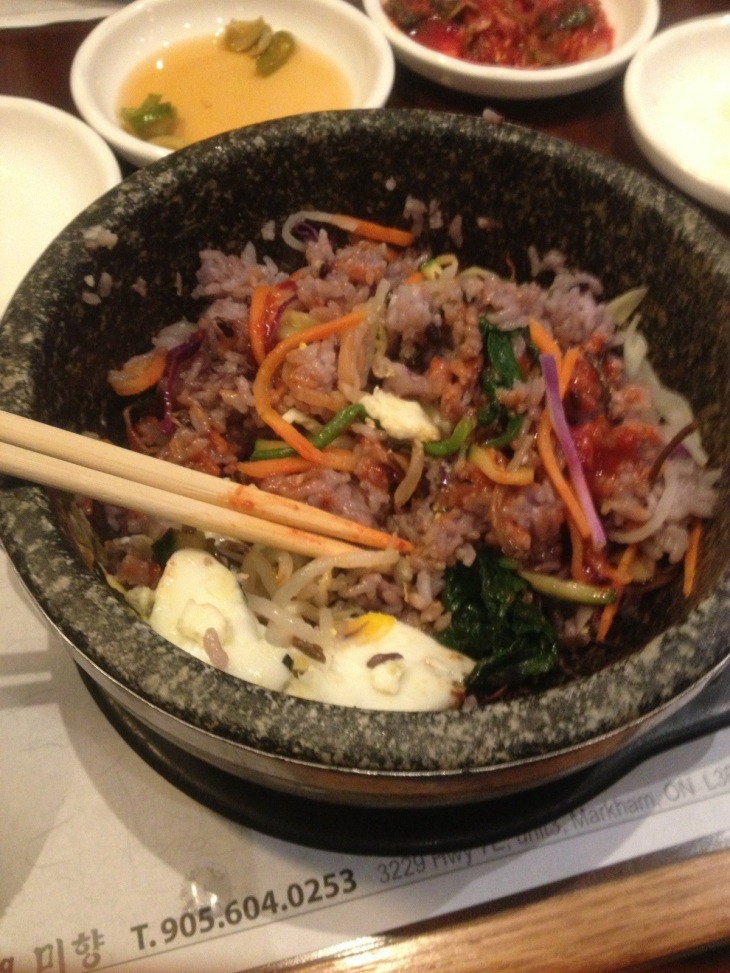 ONE OF THE most useful pieces of knowledge I’ve acquired is the proper cooking of rice. I was recently moved to Kingston and attending Queen’s University, sharing an apartment with two women who enjoyed wine and Moroccan, Thai, Persian, and Indian foods. Some years later I was living with a Chinese roommate who got me into the habit of using leftovers in the preparation of a Chinese familiarity, fried rice. The secret to a good fried rice, as I’ve already indicated, is the use of cold rice from the previous day’s meal.

Rice is attended by ritual and knowledge. Everyone has their own stories of how they came among the initiated. I come from a place where rice was obtained in a fire-red box, “converted” by someone’s Uncle and cooked in water and margarine. The art of cooking a raw long-grained rice was generally regarded as something of a mystery, too dangerous to be attempted.

It is surprisingly easy to make rice, however. Rice must first be rinsed. Then it is placed in a heavy pot and covered in water, to approximately a quarter-inch above the surface of the grains. Bring the water to boil, stir, reduce heat and cover. Wait for 20-30 minutes, depending on the amount. (I would say about twenty minutes for two cups, thirty for three, but experience will provide you better guidance.) Remove the lid and serve. That is the way one prepares rice.

I’ve no statistics or research upon which to rest this assertion, but I’ve no doubt that rice sustains millions of human beings around the world and, without this staple, famine would be increased enormously. Corn is, I think, more abundantly produced, but much of it is used in the making of non-comestibles, or is feed to livestock. In my own case, rice kept me happily fed in lean economic times. I enjoy eating it every day, as fried rice or with curried vegetables or with chilies and holy basil and bok choy or even just alone with a very hot chili sauce. It never fails to satisfy me. The aroma of rice announces a meal is on the way and is ever a reassurance in the house. So universal, and so ubiquitous in Chinese culture,  fan [rice] in the Mandarin language also means food or meal, and a common greeting is “Ni hao, ni chi fan le ma” (Hello, have you eaten?).

There is no bad variety of rice; however, I prefer Punjab rice.  Short-grained rice is excellent for sushi, and brown rice has a distinct texture and flavour and is very good for all purposes. (These are not actual “varieties” of rice, more akin to forms.) When I prepare rice, particularly for use in making fried rice, I will often add an additional source of protein, such as nuts or seeds, to complement and extend the proteins. When rice is to be cooled for later use, it is a good idea to cool it quickly – for example by placing it in a refrigerator – to prevent the formation of toxins. As I stated earlier, it is also a good idea always to rinse the rice before cooking. This gets rid of bugs and other unwanted matter, and removes some of the starch that makes rice sticky. (If however you’re making sushi, as I sometimes do, sticky is just the thing you want.)

One of my first purchases as an independent adult, having just moved out of my parents’ house, was a large steel wok. Bought for twenty dollars at the Cataraqui Town Centre Zellers, I today used it to make fried rice. Since that day rice has been a constant and satisfying source of nourishment. By all means, if you so desire have your name written on a grain of rice. But for me this is a debasement and mockery of the noble seed.

Above: The author enjoys a rice-based Korean dolsot bibimbap at a Markham restaurant near Toronto, Canada.