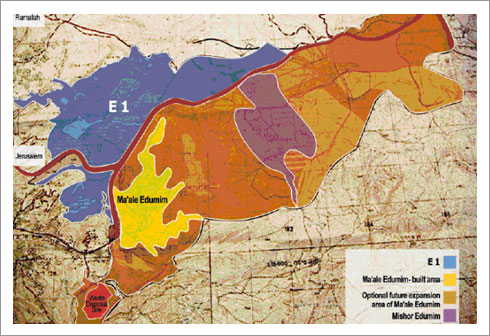 FORMER US PRESIDENT Jimmy Carter, in a New York Times editorial “Two-State Solution on the Line,” invokes his view a month previous at the Mount of Olives in East Jerusalem and reflects that

The rate of settlement growth in East Jerusalem and the West Bank is staggering. There are now more than 500,000 Israeli settlers living beyond the Green Line, in violation of international law. Their numbers have doubled since the Oslo peace accords of 1993. Thousands more settlement homes are planned or under construction.

The phraseology of the “peace process” is now so shopworn and thus so casually deployed — the Green Line being one of many possible examples — that we forget how different the world was in the years prior to Camp David. Again, to cite only one of many possible examples: in my own lifetime leading members of Fatah came to support a two-state solution, a view eventually shared by the former IDF General and Prime Minister Ariel Sharon.

As is so often the case with these good faith declarations, the opposition infers cynicism and hidden motives. Thus, the commitment to a two-state solution is seen as an Islamic Jihadist ruse modeled upon the Treaty of Hudaybiyyah or, from the other end, a service of the lip belied by the Israeli salients which amount to a de facto annexation of East Jerusalem and a pre-emptive hobbling of any future, negotiated Palestinian state.

Much is said of the issuance of Israeli building permits, but the day approaches when the seven hundred kilometre West Bank barrier and its presumption of municipal zones, road allowances, security buffers and other territorial set-asides will have absorbed the majority of the West Bank. It is conceivable and even probable that the UN principles of Security Council Resolution 242, and its variants, would survive this outcome — but this survival would serve only to mock those who hadn’t noticed the ground inexorably receding beneath their feet. Long before we have reached that moment, any moderated stance among the Palestinian leadership on the question of settlements will inevitably open a political space for the one-staters who require an Islamist nation from the Jordan River to the Mediterranean, an outcome which perversely rewards the very cynicism I have been considering.

Another way of making the point is to observe that a two state solution presumes at the very least two statesmen. Mahmoud Abbas is the Palestinians’ most credible candidate, a fact against which is deployed a broad contempt within Palestinian territory both for the Oslo Accord of 1993 and the regime of Arafat in which it culminated. (In his book Arafat: From Defender to Dictator, Saïd Aburish characterizes Abbas as Arafat’s “yes man and sycophant,” a portrayal which partly explains the 2006 electoral gains of Hamas.)

Surveying the Old City from a window of a Palestinian hospital, Carter concludes that “the peace process established by Oslo has not just stalled; it is going backwards fast.” These words were written before the UNGA vote and the subsequent declarations of Israel concerning development of the “East 1” parcel, a declaration which if pursued will constitute a crossing of the proverbial Rubicon — the moment at which the future dictator Julius Caesar acknowledged his irrevocable act of treason with the words “alea iacta est” (the die is cast).

As if to compound the affront, Israel then announced that taxes collected within the West Bank will be diverted to the development of Jerusalem’s eastern suburbs. And not just any suburb, but Ramat Shlomo, whose building program was in 2010 the insult calculated to reprove Joe Biden and which spurred the Palestinian Authority to end discussions aimed at the revival of the peace process. A nice bit of work, you’ll have to agree.

Canada has been a faithful friend to Israel, and there are times when friendship demands the broaching of unpleasant topics. Here I have in mind these recent moves of the Netanyahu government (Jonathan Kay’s terms “petty” and “peevish” come to mind) and the unpleasant fact that they weaken rather than strengthen the moral and political credibility of Israel. To the degree that Canada has remained uncharacteristically muted, its leaders have been diminished also. Call it another lost opportunity in a part of the world running out of opportunities.