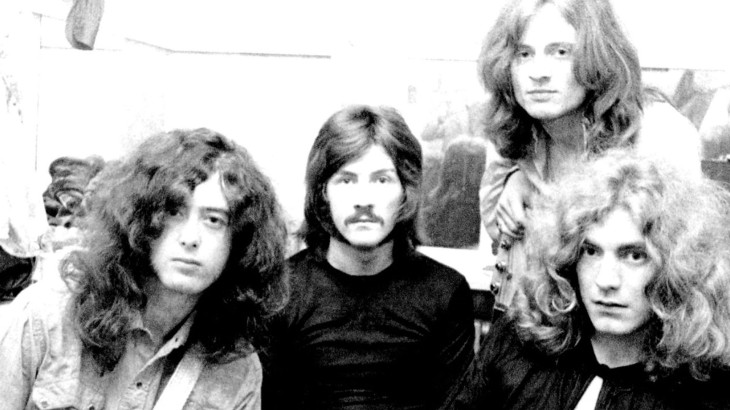 I READ WITH INTEREST Vernon Silver’s May 15 Business Week article concerning a lawsuit about to advance against Led Zeppelin, filed by living members of a 1970s band named Spirit. The closest this group came to a number one hit was the 1968 song “I Got A Line On You,” which reached position 25 on the Billboard Hot 100. If you accept some accounts, however, the late Randy Wolfe, better known by his stage name Randy California, is at least partly the composer of a #1 hit which also happens to be the number one rock song of all time.

Randy California was the leading man of Spirit and composer of a guitar line which, according to the lawsuit, figures prominently in Led Zeppelin’s “Stairway to Heaven.” (The line in question can be heard in the two and-a-half minute Spirit instrumental titled “Taurus.”) If the litigants prevail, the credits to yet another Led Zeppelin song will have to be amended – there have already been several successful claims of this sort against Jimmy Page and Robert Plant – and a portion of the royalties henceforth redirected. It’s a common enough outcome, these days, but in this case concerning a song of massive and indeed singular economic, cultural and musical significance.

Could one of my ideas be my million dollar idea? — And if so, am I the idea’s Jimmy Page, or am I its Randy California?

Massive and singular? Well, Silver cites a 2008 calculation in Conde Nast Portfolio that Stairway to Heaven has earned “at least $562 million” from sales and royalties. That means California’s guitar riff may well have been a million dollar idea – even a half-billion dollar idea.

Not California’s million dollar idea, mind you, but Led Zeppelin’s. And that’s the bit that got my interest. As the 1970s burned away, Randy California’s already lacklustre career went into a long decline. By the time of his death, early in 1997, he was living on boil-and-serve ramen noodles, occasionally playing the Sitar in an Indian restaurant in exchange for food. Across those years, and up to the present, Stairway to Heaven has generated a fortune for Page, Plant, John Paul Jones and the estate of John Bonham.

Even if one concludes that Jimmy Page “stole” his guitar line from California, it does not necessarily follow that the latter is a co-composer of Stairway to Heaven. At most, he is the composer of a guitar line that was re-phrased and recontextualized to exceptional effect. I’m a guitarist and a song writer, and I can easily imagine Jimmy Page hearing Taurus (as it’s near certain he did) and discerning the latent, but unrealized, potential. Every song writer has been “inspired” in this way, and indeed in some genres – folk, blues and rap come to mind – it is commonplace to borrow in this manner, for the purpose of launching an original composition.

Still, I think the right action is to acknowledge one’s sources. It’s now well established that Jimmy Page routinely appropriated existing compositions, a fact which he has been compelled to acknowledge by the courts. The point of this essay however is not to deliberate the question of ownership. That’s for the court to decide. My interest is in this notion of the million dollar idea, the possibility that (for instance) Randy California had the germ of a song in his head and wrote Taurus, while Jimmy Page took the same germ and cultivated Stairway to Heaven.

When you think about creativity in this way, you begin to appreciate how complex it is. It’s easy to look at a bestselling book or a hit song and think, “I could do that.” But it’s also possible that only Paul McCartney could have made “Hey Jude,” and that if anyone else had played the instruments and sang the tune the result would have been different. It happened that the Beatles went through several changes of members to become the Fab Four. I think it unlikely that the Beatles with Pete Best and Stuart Sutcliffe would have been no different from the Beatles without them. And yet presumably the Lennon-MacCartney team would have had the now-familiar hits within them just the same.

The Spirit lawsuit has given me occasion to think about ideas in a new way. I’m inclined to think that an idea really is like a germ, or a seed. It has to be thrown into the right kind of soil and at the right time. In and of itself, it is nothing. There is a certain latent potential in any idea, as there is in a seed, and presumably when Jimmy Page heard another composer’s work he was able to discern to what degree the musical idea had been realized. I think that was one feature of his musical genius. If I am correct in my evaluation, Page intuitively understood the musical germ at work in California’s song better than its originator. And he furthermore had the advantage of working with a band that could more fully realize the musical idea. Led Zeppelin was rich soil.

It’s sad in a way that some of us will have these million dollar ideas yet be unable, for various reasons, to bring them to fruition. Of course I am assuming for argument’s sake that the claims of the Spirit/Taurus lawsuit are in the main correct, but even if they aren’t, what I am describing certainly does happen. Poets and painters and writers do have ideas that they struggle to fulfil, or fulfil to no gain, only to see others take “their” idea to formerly unrealized heights. In these cases, what is an idea – and to whom does it belong? It would almost be more merciful never to have an idea than to have one but to discover that the soil is poor.