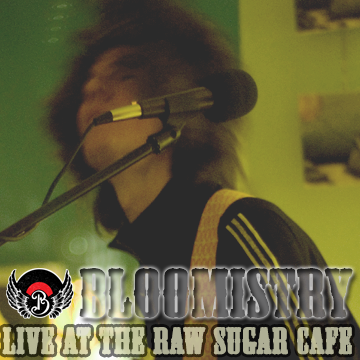 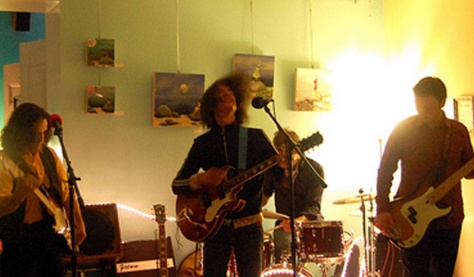 CBC radio’s Amanda Putz had just done a feature on our new album, To Be, so there was a bit of buzz in the air when we took to the stage in October of 2009. We were doing shows every week somewhere in town, which in retrospect was pushing things a bit into over-exposure.

This was a fun show. The audience was pretty low-key and sedate, but it was a good crowd and we were playing in a cafe, after all. This recording was made from the audience, and the quality is not great. Four of the songs we played were only partially recorded, and are not included. Yulia Teryaeva captured the evening in photos with her keen eye, as she did on many other occasions. I also asked a photographer named Jennifer Lapierre to come out to the show, which she did. It’s a funky and intimate venue, and we were really stoked to play this show. A lot of bands love Raw Sugar Cafe.