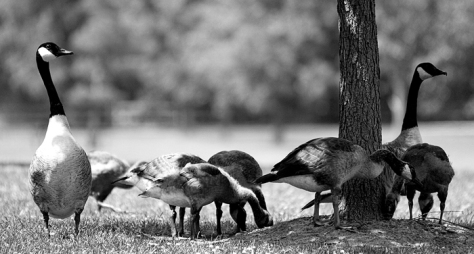 It doesn’t matter what you do, or where you do it, or how, or even why.

Chances are, you’ll encounter opposition. There will be critics and naysayers. Trollers and cranks. In a word, negativity.

I know what I’m talking about. I’ve written hundreds of articles, blog posts, and op-eds for newspapers, websites, and magazines.

Some of this work has been on controversial topics, but even in cases where I was being deliberately positive, out came the name callers and pot-stirrers.

Sure, I could argue with every one them. But it’s a waste of energy and time. The reality is that you are not going to change a person;s mind in 99.9% of the cases.

Nothing you say, or even can say, will make even a slight difference.

Sure, a heated debate can be thrilling—especially when your opponent is intelligent and lively. Public debates provide an opportunity for an audience to consider the issues from divergent perspectives. Debates have their use.

Social media were supposed to make it easier for people to exchange ideas across vast distances. When the Internet arrived, it was promoted as a public space, akin to a town square.

Unfortunately, in virtual space all the critical ingredients of a good debate are missing.

Instead of face-to-face dialogue, we get avatars and anonymous profiles. Instead of the formal rules of engagement that inform and make possible a civil debate, we get insults and diatribes.

The sad, unfortunate, but also unavoidable truth is that the Internet isn’t very helpful when it comes to having important conversations. In fact, it’s a toxic hazard. All the early promises of vibrant virtual spaces have turned out to be hollow and meaningless.

Have you noticed that in recent months many websites have shut down their comment section? What we are seeing is end result of a realization that comment boards offer nothing of value. The Internet is great for one-way broadcasting. It’s great for finding information.

It’s lousy however when it comes to having an intelligent, useful conversation.

Social media, it turns out, are not very social, at least not in the real-world sense of that term. We don’t even know any of the people who we follow, and who “follow” us. We wouldn’t recognize them if we saw them on the street, which of course we never will.

That doesn’t mean the Internet has no value. On the contrary: as the above suggests, the value of the Internet is in broadcasting your message to (hopefully) reach your tribe. Meaning, the people who already share your views, worldview, affiliation, or passion. Or whatever.

The Internet, and especially social media, is tribal. And it’s primary effect is to further tribalism.

That can be either a good or bad thing, depending on how it’s used.

Some forms of tribalism are dangerous, because they’re founded on the principles of chauvinism, exclusion, and fear or hatred of those who are different.

Tribalism can also be a positive force, if it is open and welcoming. Positive tribalism’s mission is to forge connections with others, in order to make the world better for all.

Positive tribalism doesn’t waste time trying to convert the haters. It accepts that there will be naysayers and focuses its time and energy on finding like-minded people.

Modern digital technology is a wondrous innovation, but the truth is that everything still happens in the real world.

The Internet is not really real.

Broadcast your message. Reach your tribe. Understand the use and value of what you do in the flesh-and-blood world. Create a pathway from the virtual to the material.

Don’t waste your time on the distractions.