The Toronto District School Board is making a mockery of the Truth and Reconciliation Commission’s recommendations.

T TAKES A LOT to render me speechless, but there I was nonplussed by the October 11 CBC headline, “Toronto District School Board to remove ‘chief’ from job titles out of respect for Indigenous communities.” Job titles with the word “chief” will now be replaced with “manager.” 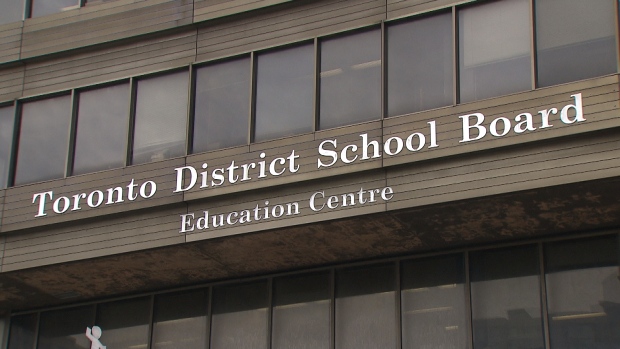 The Toronto District School Board says its decision to scrub “chief” from the lexicon was “in the spirit of recommendations made by the Truth and Reconciliation Commission of Canada, or TRC. It’s a shame they didn’t spend more time with those recommendations in the flesh. Or with Indigenous people, who would have helpfully informed the board that their proposal was a cure in search of a disease, and a ridiculous one at that.

It would be easy to mock the initiative for its frivolity, but this is no laughing matter. The cynic in me wondered if perhaps the bureaucracy was undergoing an internal job title review and simply tacked-on a high-minded purpose. Indeed, the TDSB has said the move is part of a larger renaming initiative, the most generous interpretation of which is that TDSB acted alone and only afterward took to the work of selling the public on the supposed merits of its decision.

And I’ve no doubt the bureaucrats believe this is for the good of Indigenous people, in the spirit of every boneheaded policy ever made in our absence and dropped on our heads from on-high.

I’m discerning a trend, and I don’t like it, and neither do many other Indigenous folks. The trend is to read (or pretend to have read) the TRC’s recommendations and to have been “inspired” to do something symbolic no Indigenous person has ever requested and that will have no discernible material benefit.

The word “chief” can be used as a slur, but it happens also to be an honorific title. It’s considered a breach of protocol, for example, not to address the Assembly of First Nations’ leader as National Chief.

The title “chief” is widely used in the communities, but there are, in some cases, preferred usages derived from Indigenous languages. I am a member of the Haudenosaunee, or Six Nations, whose traditional leaders are called rotiianer. When using English, we typically render the word roia:ner (singular of rotiianer) as “chief.” If you’re ever unsure what word to use, don’t worry. The rule of thumb concerning protocol is: when in doubt, ask.

An empty gesture would be bad enough, but it’s worse even than that. The TDSB’s proposal trivializes reconciliation and makes the cause appear pernicious by putting into the minds of the public a spectre of thick-headed literalists, nit-picking school-marms and language police, set loose to hunt down and banish words deemed offensive by the Politbureau. The TRC called for a lot of things, comrades, but not for this.

I know a bit about the Toronto District School Board. I’ve been the chair of a school council, and I’ve given TDSB presentations on Indian residential schools. I’m the co-author of a book (Residential Schools: with the Words and Images of Survivors) used in classrooms and libraries across the city. The teachers and librarians of the TDSB are good people. They are making an effort to involve Indigenous people — especially those who were in the residential schools — in the work of education and reconciliation.

Fulfilment of the TRC’s “Calls to Action” is not an easy task, and the educators I’ve spoken to feel the weight of their responsibilities. They have my respect. But whatever sub-committee made this decision needs to understand that they are undermining the work of educators.

Symbolism can be powerful in a good or a bad way, and this is a case of bad symbolism. Bad symbolism misrepresents reality and diverts our attention to non-existent problems like “offensive” job titles. When the bureaucracy of an institution with great power dabbles in bad symbolism, the confidence of the public in that institution is undermined.

The Truth and Reconciliation Commission has provided specific recommendations for educators and educational institutions, such as creating age-appropriate curriculum on residential schools and providing appropriate teacher training. There’s more than enough there to keep you busy. If the TDSB needs guidance or clarification, you can have it, from the many Indigenous people who are more than willing to work with you.

But if you go it alone and as a result alienate the public with bad symbolism of your own doing, you will find it much harder to do the work that actually needs to get done.