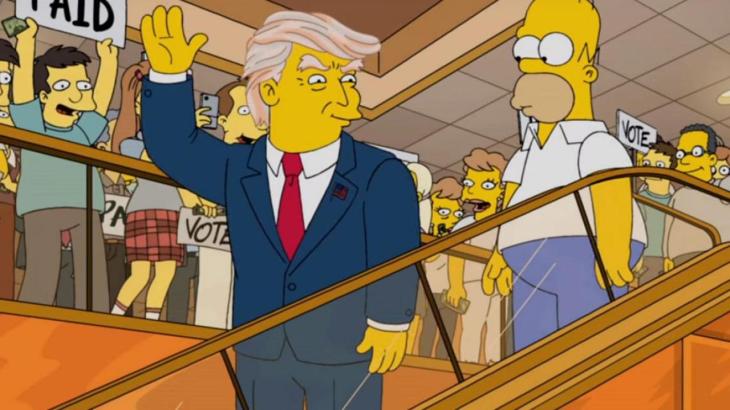 S I WRITE THESE WORDS Donald Trump takes to the sky to begin his re-election campaign, fittingly at the Amway Center, a company associated with multi-level marketing and evangelical Christianity. Four years ago his ascension began with a descent (by escalator) and so as the President climbs tonight one hopes for the historical symmetry of an eventual fall. Up he goes today; may he go down tomorrow. There are encouraging signs. When Trump lands, this headline will be waiting: “Our Orlando Sentinel endorsement for president in 2020: Not Donald Trump.”

Enough of the chaos, the division, the schoolyard insults, the self-aggrandizement, the corruption, and especially the lies. So many lies — from white lies to whoppers — told out of ignorance, laziness, recklessness, expediency or opportunity. Trump’s capacity for lying isn’t the surprise here, though the frequency is. It’s the tolerance so many Americans have for it.

An exhaustive inventory of the President’s deficiencies would be exhausting but also unnecessary, there being already many such compilations. In 2016 anyone who cared to know what Trump was knew what Trump was. For decades he had committed to drawing attention to himself. The tolerance of “so many Americans”—62,984,828 to be precise—was in many cases enthusiasm. Sixty-three million voters saw the qualities that the Orlando Sentinel editors see and cast their vote approvingly. The editorial evades the logical conclusion that

Trump is no good for democracy and America but American voters (on a diet of reality television) aren’t much good for these either.

Tomorrow’s Sentinel will likely carry stories of white-power nationalists and of rowdy Orlando streets. For the garden-variety racists and the neo-Nazis and the theocrats and the admirers of dictatorship past and present, there has never been a better time to be alive in America. Whatever else one may say of them, the years 2016 to 2020 will be looked back upon by these elements as an American Golden Age, a time when views long driven to the margins could once again emerge into the daylight. Many impracticable objects, such as the mass-deportation of immigrants and state rule by Christian doctrine, became conceivable under Trump. Obama had often quoted Martin Luther King Jr on the “arc of the moral universe.” Maybe that arc could be turned back.

In a thousand ways big and small this has been the work of the current administration. In Donald Trump’s America a class of people who had learned to regard themselves as persona non grata were suddenly in demand and for positions in the highest of public offices. One after another grifters and cheaters and thieves and wife abusers ascended to Cabinet Secretary and Justice and Senior Advisor. And down they came, to be replenished by a fresh influx of third-rate crooks and malcontents. The Best People, according to the President. How surprised they must have been at their good fortune, just as the President himself must have been surprised by the outcome of his campaign.

The Trump years however have taught us that surprise has an arc as well and that it bends not toward justice but uncertainty. In 2015 a reality TV character pursued the Oval Office, and although he was mocked and dismissed, and for good reasons, he prevailed on the votes of 63 million Americans. In 2019 however he will be taken seriously. We are still capable of being shocked, but no longer of being surprised. ⌾