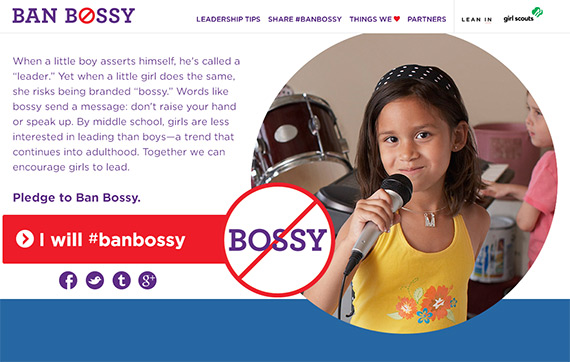 IF YOU HAVEN’T yet heard of Sheryl Sandberg’s Ban Bossy campaign, here is a video, and below is a brief overview of the Facebook COO’s effort, in which she is joined by Condoleeza Rice, Beyoncé, Jennifer Garner, Diane von Furstenberg and Jane Lynch:

When a little boy asserts himself, he’s called a “leader.” Yet when a little girl does the same, she risks being branded “bossy.” Words like bossy send a message: don’t raise your hand or speak up. By middle school, girls are less interested in leading than boys—a trend that continues into adulthood. Together we can encourage girls to lead.