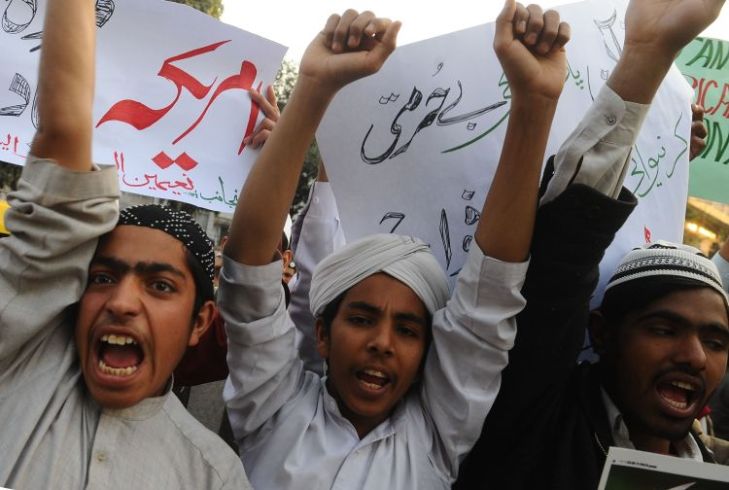 NEWS OF THE Bagram Air Base Quran burnings, and the riots which have followed, reproduced the usual concern that perhaps no amount of evident contrition would prevent a violent response. Here is an illustration of the root of this anxiety, from a Reuters article of February 22: “Critics say Western troops often fail to grasp the country’s religious and cultural sensitivities. Muslims consider the Koran the literal word of God and treat each book with deep reverence.”

That may be so, but this line of criticism assumes both too little and too much. On the too little side we in the West do need to develop more awareness of, and sensitivity toward, this historically and culturally rich country. On the too much side, it is not the case that all Afghans share the same religious and cultural sensitivities. Those agitating today for reprisals have always harboured unappeasable objections: to secularism, to science, to the West, to liberalism, to women’s rights. Good luck making friends in these quarters.

The notion that bloodthirst and fanaticism (note, the proper terms for these predictable mass riots over burnt copies of a book) are a feature of Afghan sensitivities finds its complement in the crude outlook of those who shout Death to America. Revenge upon an entire nation of over three hundred million, many of whom also treat the Quran with reverence? What is insensitive, if not that?

When the Americans arrived to Afghanistan in 2001, the country had already suffered a civil war and a protracted battle between the Northern Alliance and the Afghan Taliban. This fact on its own ought to nullify the notion of a uniform Muslim community all nourished from the same mental atmosphere. The Taliban, friends and comrades, was not an elected government, but the invader of Kabul. Their atrocities were widely reported, and received here in Canada with horror. In 2001 the United States and Britain joined their Afghanistan allies in a standing-up to tribal bullies, not to invade but to reclaim a city, and from there a country.

At the core of this battle were competing visions, on one side an Islamic Emirate subsumed under Sharia, and on the other a society built upon the principles of human dignity and freedom and the equality of the sexes. The terms of this fight were drawn up by the people of Afghanistan themselves, and so the allies were assisting an indigenous liberation movement rather than imposing a colonial program.

If political and military leaders had been more clear on this and other related points, the domestic support for sticking with the like-minded people of Afghanistan might have held up. Marine officer Peter J. Munson outlines, in a January 27 Foreign Policy article, the many domestic impediments to effective military campaigns among which is often an ill-educated and misinformed public. The political will having eroded, it is now taken for granted by the politicians that the Taliban will figure in the new order. I have even come across the appalling claim that, as the representative of the Pashtuns, the Taliban has a legitimate place at the table. Again, a misinformed lumping together of discordant things that we can quite do without.

Calls for the blood of infidels, whether over the burning of a book — or, as was recently the case in Saudi Arabia, a post on Twitter — illustrate the contemporary division of the human family into two irreconcilable camps. There are those who accept diversity and who accommodate their differences in peace, and there are those who take easy offense and work toward the final holy war. We should be more clear about the character and taxonomy of our enemies. Then maybe we would do a better job of standing by our friends.