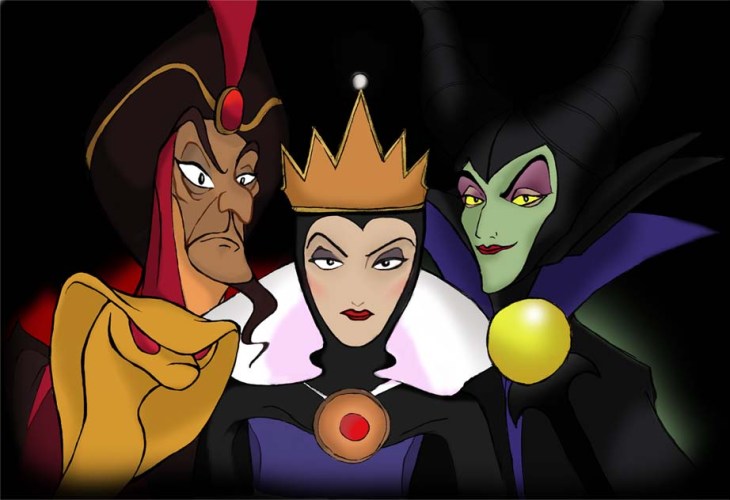 IT IS FASHIONABLE among the political left to affect dislike for Walt Disney movies, mostly on the grounds of Disney’s crude commercial tactics and their representations of peoples of colour. And yet, let’s be honest; haven’t we all thoroughly enjoyed at least one Disney movie? There is perhaps only one Disney story, variously told, and that is the story of the underdog who, against all odds, triumphs. This is the gist of every Disney movie I have seen, from Cinderella to Matilda. Only the characters and the settings change. The subject may concern a soccer team, or a princess; the setting may be early America or ‘The Orient.’ Nevertheless, we get a certain unmistakable sort of story, a recognizably ‘Disney’ story. Careful marketing dictates that it shall be thus, but marketing only discloses what seems to work, not why it works. Why do we enjoy a Disney movie? And why is the left reluctant to admit they do enjoy it?

Let’s begin by considering a strange fact about the Disney movie, its reliance on what I’m calling ‘the underdog story.’ The underdog story seems to be a strange choice in a culture that worships individual success. The point of the American Dream is to become Number One. No one sets out to become vice-president, Stanley Cup semi-finalist, or Olympic silver medalist. Yet in Disney’s world the powerful are invariably evil, despite the fact they’re simply utility maximizers like any good capitalist. Nor is the character of this evil vaguely presented. In a Disney movie, evil derives from power, and not the other way around. In other words, it’s the overwhelming power, and the unapologetic exercise of it, that is in itself repugnant. One learns that this is so by observing the resolution of the plot. Someone properly humble, an underdog, dethrones the villain, and all is well. The loser wins. This explains the success of Disney, a success which really is no great mystery. In a capitalist society, most people are losers and not too pleased about it either. The majority instinctively side with the underdog because that’s what they are.

To get a clearer sense of what’s going on in a Disney production, imagine a Disney movie about the Disney corporate empire. Michael Eisner, a lanky, moustachioed figure with a vaguely foreign accent, would be the chief villain, and the plot would turn upon the Socialist Revolution of Burmese Seamstresses, which would overthrow him and his kingdom of wicked shareholders to institute public ownership of the means of production. The seamstresses, as a matter of course, would have to overcome a domestic dictatorship and the US military machinery which supports it. The plot would be resolved amidst enthusiastic cheering and close-ups of workers gleefully clutching the expropriated earnings of Mr Eisner, et al. No doubt it would be pitifully pointed out that his $500 million 1997 salary, bonuses, and options would solve the poverty of the workers forever. Our sympathy throughout would be necessarily with the Burmese against Disney and America, and having witnessed the victory we would leave the theatre feeling that all was right with the world. As ludicrous, and parodic, as this sounds, it’s a perfectly orthodox Disney narrative. The parody is in fact the Disney version of the world, which turns social relations as we commonly experience them on their head. The losers win, the weak turn out to be strong, and realpolitik yields to the overwhelming might of folksy sincerity. Disney trafficks in a leftist fantasy, revolution without bloodshed. And as I’ve suggested, it’s precisely this which we enjoy.

I’m not suggesting audiences are conscious of any of this, though it seems improbable to me they wouldn’t recognize the general drift of what I’m describing. Certainly Americans are aware of revolution. They understand what it’s like to work for piffle and be pushed around by shits, and they spend more time than they would admit fantasizing revenge. To catch the average American, Disney need only bait their hook with an underdog plot. The substance is often saccharine and reactionary, but the structure is not – and it’s the structure that does it. The structure determines that you will always feel the same emotion at the end of a Disney movie: exultation. It is your team that has scored the winning goal, your kingdom that has been restored, your side that has triumphed. The triumph is vicariously enjoyed. All of this works barely at a conscious level, much like the God and Country appeals of a political speech. And as in a political speech, in a Disney movie it is the form above all that matters, the pitch and cadences, the slowing and speeding up, the tensions and resolution. Substance of course is not irrelevant to success, but form is decisive. We acknowledge as much when we speak of a ‘winning formula.’

I recognize that this line of reasoning will sound reductive and even silly to some. Am I claiming that Disney merely produces political allegories? My answer to this question is that I’m claiming nothing of the sort. Everyone I trust is aware of the distinction to be made between Disney as an attitude and Disney as a transnational corporation. The former is Whistle While You Work, and the latter is sweatshops. Each of these two Disneys touches the world’s children in a profound and contrasting manner. Their operations contradict at the ideological level, and the Disney which I am describing is the product of this contradiction; it is less a thing than a set of ‘functions,’ if you’ll pardon such language. No adult assumes that just because Disney makes cute movies they’re any less business-oriented, which today is generally understood to mean ruthless. These unpleasant contradictions exist, as most people will acknowledge. And most of us manage to live with the contradictions quite well, by separating Disney the attitude from Disney the corporation. The political left, however, generally does not. Why not?

Already I have given the answer away. Partly the left response to Disney is ever-present human hypocrisy, and partly it’s the familiar complaint that the Devil has all the best tunes. One begins by refusing to dance, and ends by asserting the tunes aren’t so good after all. What the left can never admit is that Disney has effectively stolen ‘their’ story and marketed it better than them too. The feeling is that we’re the representatives of the underdog, not them; they don’t deserve to champion the little man, we do. Most of all, it infuriates the left that the dim masses follow along, which of course they’re only supposed to do when the left is leading. There’s nothing left for the left but to insist, correctly but to no purpose, that Disney got it all wrong. And Disney does get it wrong. Their representations of ‘foreigners’ fall prey to common American assumptions, such as the conventions of the menacing Arab and the inept Latino. A Disney misjudgement so persistent it seems congenital is the use of complicated history to substantiate a Don’t-Worry-Be-Happy narrative formula. Rarely has American history, or any history, afforded ready-made, unequivocal happy endings. It’s almost pointless to debate whether the story’s facts are accurate when its structure has been a forgone conclusion. The debate over representation may be beside the point. In the end, the left must acknowledge that the Devil does have the best tunes, and indeed most of the tunes. Soon he may have the orchestras and the instruments and the patents on notes as well. And the resulting music will please the ear. [Originally published in June 1998.]