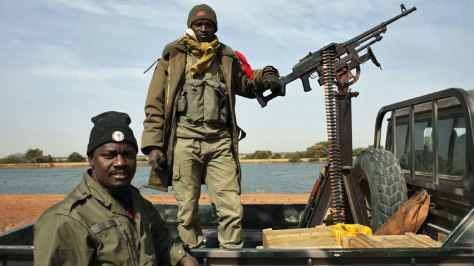 EVEN IF THE contemporary account of al-Umari is greatly exaggerated, the 1324 transit of the Malian emperor Mansa Musa’s vast entourage on a Mecca pilgrimage must have been an unforgettable sight. So rich was this King of Kings said to be that the amount of gold which his slaves dispensed to the onlookers of Cairo reduced the value of this metal within Egypt for a decade.

In the present day, by contrast, Timbuktu is North America’s metonym for every manner of remote, exotic and dust blown outpost. In the centuries leading up to the reign of Musa I, not only was the settlement an important nexus of trade in salt, gold, ivory and slaves — it was a gathering place of poets and writers and artists and theologians. Islamic scholar-philosophers ignited golden ages from Andalusia to Samarkand. Averroes laboured over the works of Aristotle, by then unknown in Christendom, Ulugh Beg studied the skies, and Alhazen pioneered the scientific method. We are, all of us, better off for the contributions of these and other such giants of human accomplishment.

In each of these exemplary cases, religious fundamentalists took their predictable exceptions. Each of these brave proponents of reason and rational inquiry in his own way suffered the ignominy reserved for those deemed by the extremists to be insufficiently pure. Just as to this day there exists remnants in Timbuktu of Mansa Musa’s contributions to Islamic scholarship, there exists a remnant of this Islamist civil war between proponents of human reason and proponents of holy war fueled by righteous indignation. As one would expect, the legacies in Mali of the enlightenment have been targeted for attack: in the present instance by the barbarians of Ansar Deen, the self-styled and so-called defenders of Islam in Western Africa.

I suspect that Canadians are paying only slight attention to Mali, for reasons already suggested. This arid landlocked Western African nation is a world away. Exhausted by the long campaign against the Taliban in Afghanistan — which, do note, is the working model for al-Qaeda’s continental franchise expansion — Canadians neither need nor want another war in a distant land.

The French for their part were heaved into this conflict between the ill-prepared Malian army and the Ansar Deen by revelations that well-armed Islamic thugs, joined by elements of Al Qaeda in the Islamic Maghreb and the Mouvement pour l’unicité et le jihad en Afrique de l’ouest, were advancing on the south-central town of Konna. From here it is only a brief journey to the strategically important Sévaré military base, and from there to the capital Bamako. The French decision, then, appears to have been between intervention or allowing the country to fall into the hands of book burning religious and ethnic cleansers.

The pattern established by the Taliban is uncomplicated. First smash and burn the cultural inheritance of the people, and second smash and burn the people themselves. Anyone who values human history and civilization and culture ought to be horrified and outraged even before we have reached the second stage of this depraved proposition. The fundamentalists who smashed Alhazen’s observatory and who dismissed the broad-minded Averroes as insufficiently Arab are kindred spirits with today’s book burners, who then as now would impose on Malians nothing more than a deeper draught from the self-administered cup of ignorance and misery.

Canada may yet elect to keep its studied distance from the war, or it may slip into the current. In deliberation of this matter the nature and scope and import of the war ought to be considered. This stands out in our age as an important but unanswered, even publicly unasked, question: Yesterday Afghanistan, today Mali, and tomorrow some other distant place — in each and every instance an attack on ordinary human decency and civility. Where then shall the line be drawn, and on what grounds?

One thought on “The War in Mali”