CHINA is returning to Mao and Russia is returning to Stalin and the President of the United States is jealous. Where is his Stalin, his Mao, the Father Figure he’ll restore to his glory, his Kim il-Don? Where is the Dear Great Leader, the Father to Keep America Great, Again. Everywhere you look there’s a strongman rising on the bitter tide of angry men. Yes, I mean men. You can walk a mile from here into the filth and chaos, the raw animal stench, of Chinatown, and buy virility enhancers made of the balls of endangered species. We men, with our fragile masculinity and our narcissism, had no problem killing off the last rhinoceros to drink and fuck with a little more stamina. Bodies are for buying and selling, life is cheap, we’ll blow up the world if it makes our dicks a little longer, and that’s all the truth you need to know.

There’s a mass-murderer in Syria, Bashar al-Assad, grinding a generation of children into dust, and he has the help of Putin and Erdogan and the Ayatollahs and all the others. The others, the men who dream of ultimate power. There isn’t a chance in hell Trump will stop them. He admires the murderers, wants to be a murderer, knows he’s the anointed, the man who can kill on Fifth Avenue and not lose voters. Evil has been set loose on the world, and for the foreseeable future we are all doomed, there isn’t a thing you can do about it now. The monster is loose, and we want it to be loose, and we want to see some goddamn explosions!

There is a great wave of violence coming, a real blood-letting, a gratification of our primal war-lust, the irrepressible desire of our species to kill with impunity, and to go on killing until the human will collapses. Don’t be fooled by the editorial pages and the other scoundrels, the other liars and cowards—we’re not doing politics anymore, we’re preparing for tribal warfare. We, the human species, every last one of us will be drawn into it, in the end. The old order won’t surrender, and the new won’t prevail without a fight. No one knows what the world will look like in one hundred years, but whatever it is, it’s going to require war.

It’s the old familiar madness, the deeply repressed barbarism that takes over, from time to time. Sure, we seem civilized, our orderly streets filled with shoppers, the calm commerce of a modern city. I’m sitting in a coffee shop, and no one, absolutely no one, is screaming for blood. The Filipino nannies go by, pushing strollers that bear the children of educated upper-middle white women. The children who will inherit the world, the children on whose behalf others will kill and die, the children who for now are innocent, not that it makes a goddamn difference.

OTTAWA, 1999: my partner’s uncle shows me the program of a reunion, several years earlier, of Fort Erie Secondary School. Leafing through, I see a photo of a rugby team, taken in the year 1932-1933—the fourth of the school’s operations. In the background, the familiar school building. I discover my grandfather, Alfred Spear, in the front row, second from the right.

END_OF_DOCUMENT_TOKEN_TO_BE_REPLACED 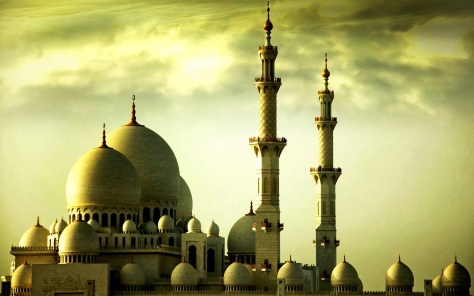 Pastafarians | Ferguson, MO | Toronto Election 2014 | The Islamic Caliphate: past and present | Religion and War | Why Care What Goes on in the World?

AN EDITOR ASKED ME not long ago if I might change the word “died” to “passed away” in something I’d written of a late and mutual friend. I respectfully said No, and here’s why.

END_OF_DOCUMENT_TOKEN_TO_BE_REPLACED 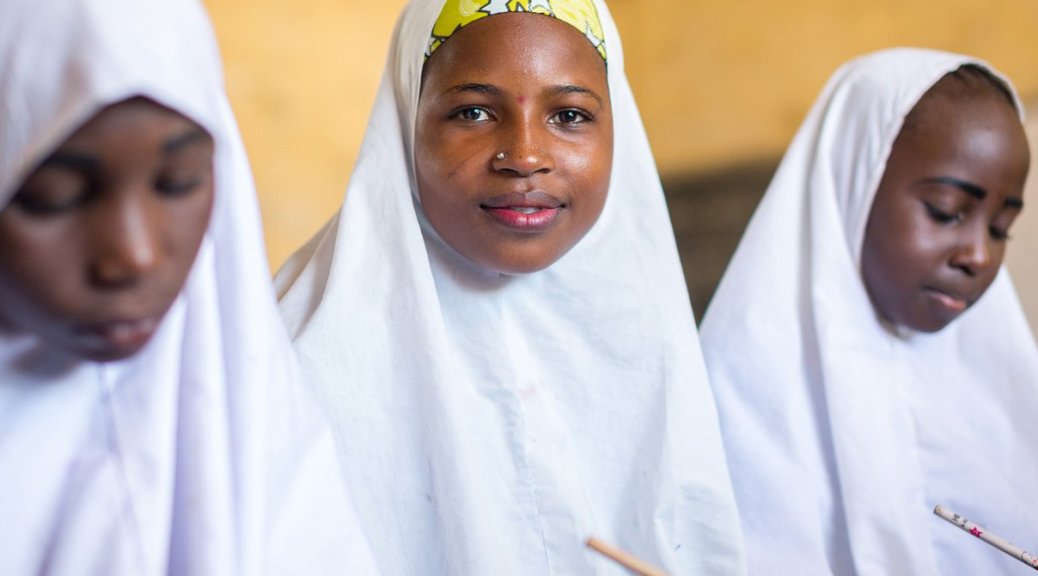 AS I WRITE THIS, the swell of a Western grassroots outcry against the Nigerian outfit, Boko Haram, appears to be forming across social media.

END_OF_DOCUMENT_TOKEN_TO_BE_REPLACED

THE NEWS from Afghanistan has been nothing but bad, and every indication is of worse to come. By the end of 2014, the Afghan people will be on their own, as they were in 2001 before the arrival — at local invitation — of British and American forces. Recall that twelve years ago the Islamist dirtbags who constituted the Taliban held Kabul, where they supervised a fanatical program of demodernization and terror punctuated by regularly scheduled mass executions. Imagine trying to re-engineer a nation of the twenty-first century along bronze age specifications, and you’ve got the idea — or, rather, don’t imagine it: the experiment was there before the eyes of anyone who cared to look. Now that the war-weary West has thrown its arms around the convenient fiction that the Taliban are ready for a negotiated re-entry (or is it entry?) to the twenty-first century, let’s review a sample of the bad tidings.

END_OF_DOCUMENT_TOKEN_TO_BE_REPLACED

EVEN IF THE contemporary account of al-Umari is greatly exaggerated, the 1324 transit of the Malian emperor Mansa Musa’s vast entourage on a Mecca pilgrimage must have been an unforgettable sight. So rich was this King of Kings said to be that the amount of gold which his slaves dispensed to the onlookers of Cairo reduced the value of this metal within Egypt for a decade.

END_OF_DOCUMENT_TOKEN_TO_BE_REPLACED

EVER SINCE November 1919 the 11th of November has been designated Remembrance Day throughout the Commonwealth, the 11th hour of the 11th day of the 11th month having been set aside by decree of King George V as a time of “remembrance for the men and women who have served, and continue to serve our country during times of war, conflict and peace.”

END_OF_DOCUMENT_TOKEN_TO_BE_REPLACED

ACROSS THE NEXT dozen or-so months, the Hague tribunal deliberating charges against former Bosnian Serb army commander Ratko Mladić will review a good amount of evidence, much of it rendered on videotape. The significance of this detail is easily missed if you are too young to have been an adult during the Bosnian War — but if you are of sufficient age, the richness of the record against Mladić constitutes a reminder not only of the crimes but of the character and indefensibility of the world’s slowness of response.

END_OF_DOCUMENT_TOKEN_TO_BE_REPLACED

ONE MIGHT HAVE anticipated, with all the recent talk of conscience rights, that J.S. Woodsworth would soon enough become a hash tag. But not as the object of a slander. The man who once led the Co-operative Commonwealth Federation was nothing if not conscience driven. His lifelong, principled commitments to the Social Gospel, socialism and pacifism were amply rewarded — both by the Methodist church and the nation which he dutifully served — with accusations of sedition, criminal charges, harassment and imprisonment. Whatever one’s politics, one could do worse than to emulate the spine of this man.

END_OF_DOCUMENT_TOKEN_TO_BE_REPLACED

THE DECEMBER 7, 1941 Japanese attack upon Pearl Harbour swiftly entered the realm of national mythology and for many years subsequently abetted the work of war propaganda and, after 1945, the projection of American power abroad — on the conviction that American interests were at stake. Only September 11, 2001 rivals this date as a rude interruption of American exceptionalism, the idea that America is somehow exempt from the European  business of invasion and attack.

END_OF_DOCUMENT_TOKEN_TO_BE_REPLACED

ON A WALL at the National Capital’s War Monument are inscribed these words, past which I walk each day and derived from the ninth book of Virgil’s Aeneid: “nulla dies umquam memori vos eximet aevo.” Here I shall provide some context, deferring to Robert Fitzgerald’s 1983 translation for Random House:

Fortunate, both! If in the least my songs
Avail, no future day will ever take you
Out of the record of remembering Time,
While children of Aeneas make their home
Around the Capitol’s unshaken rock,
And still the Roman Father governs all.

END_OF_DOCUMENT_TOKEN_TO_BE_REPLACED

THERE IS a debate these days in the Canadian media over the Harper Government decision to spend a yet-undetermined sum (I’ve come across an amount of twelve or-so million dollars) commemorating the War of 1812. I expect the Americans will overlook this bit of their history, but I’m unable to imagine any Canadian government ignoring the two-hundred-year anniversary of a war that could have converted Upper and Lower Canada into the coldest states of the Union.

END_OF_DOCUMENT_TOKEN_TO_BE_REPLACED

Looking backwards at the savagery, at the irrational and disgusting business of industrial murder which was World War Two, it seems a fool’s errand to sort out the matter of guilt and innocence in any manner which nicely assigns positive moral value to what happened between the years 1939-1945. There is never an honourable soldier and never a good war: war is a positive evil which makes everyone, and everything, dirty. So surely the legacy of the August 1945 bombings of Hiroshima and Nagasaki ought to be universal commitment to the denuclearization of our world.

The call for an American apology for these acts of mass killing may seem on its surface reasonable enough, but to apologize would be to engage in hypocrisy and would misrepresent both history and current attitudes in the United States. Many of the Americans who would have been there far from feeling apologetic after the war were thankful. (A good and representative example is Paul Fussell’s essay, “Thank God for the Atom Bomb.”) The simple fact of the August 6 and 9 murders is that the war was brought to an immediate end, preventing the certain deaths of many hundreds of thousands who would have been compelled to fight on land in a gruesome and bloodied exercise of attrition. Nor should we forget by whom they would have been compelled — specifically, the Emperor Showa, who, claiming himself to be an arahitogami (god), lived in extreme comfort on his massive conclave-estate while forcefully urging upon his subjects the honour of suicide. His defeat and displacement made possible a democratic and prosperous Japan, and though it is not today fashionable to say so, often only violence (or the credible threat of violence) can accomplish the fascism-to-democracy transformation. If you wish to blame someone for the death and misery which follow from this vile truism, let me recommend the fascists.

In my opinion it is one of the principal shames of the post-war period that the Emperor was allowed to keep his material possessions and to avoid facing prosecution as a war criminal, particularly for his sanctioning of the 1937 invasion of China and the depravity which thereby ensued. General MacArthur appears to have thought him useful as a stabilizing presence during the post-war occupation, and it may be that the Allies wished to avoid imposing the humiliating terms of the previous war, resentments over which abetted the successes of militarist regimes. The Emperor appears in retrospect to have cultivated the notion that decisions were made by the gozen kaigi, or Imperial Conference, and that he himself was a mere figurehead — a fiction which would perhaps have been credible.

This is speculation. What is certain is that the Emperor Showa exploited all the Twentieth Century signature barbarisms, which is to say fascism, religious fanaticism, and militaristic nationalism. A self-aggrandizing god when it suited him, or a mere mortal figurehead on a walkabout with foreign heads of state — when that had become the ticket — the man for many years was as deadly for the Japanese as any bomb. Yet he was allowed to enjoy a long and privileged life, during which no apology ever came from his lips.