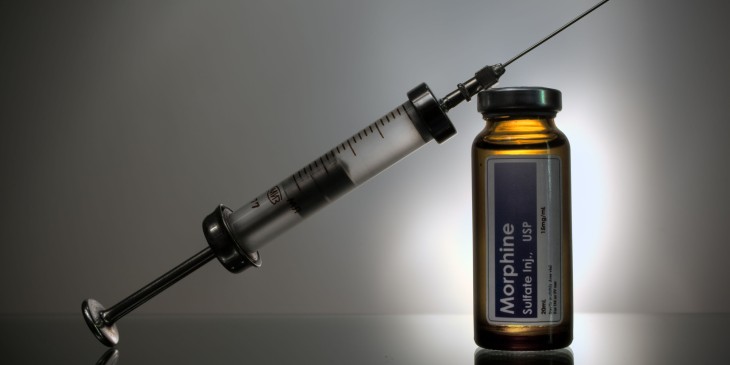 TODAY’S Philip Nitschke Sydney Morning Herald article is titled “We need a new word for suicide,” but we don’t. Whoever wrote that headline knows damn well that we have another word already, and it’s even used in the article. That word is euthanasia. What we need is to deal in a no-bullshit way with the perfectly good words we already have: because, my friends, whatever you happen to call it, suicide is the future. That’s why I’m going to use the rest of this article defending killing yourself, under certain circumstances which I’ll now describe.

Now, first things first, here’s what I’m not talking about, and what I’m emphatically not defending:

– You’re a teenager, and you want to kill yourself because your girlfriend left you
– Killing people against their will (forced euthanasia)
– Mentally ill people who, as a result of their mental illness and a lack of support, kill themselves
– Suicide as a solution to a short-term problem or crisis

We all know that there are many reasons why people kill themselves. Some in my view are good reasons, and some are bad. When I was in grade six, one of my classmates jumped off of a bridge. My teacher, an idiot named Mr. Gardiner, gave a little speech about how suicide was “cowardly” and a long-term solution to a short-term problem. He was right about the long-term nature of death (even religious people use that phrase, and it’s more true than they realize) but wrong about the cowardly bit. Even as a twelve year-old, I knew he was full of bullshit and that killing yourself takes balls. My point is that, unlike some people, I think there are good reasons to end your life. Let’s go through them.

I find that most of the opposition to suicide is religious in nature. Even some people who would not call themselves Christian, for example, will say things like “life is precious” or “suicide is wrong because it’s playing God.” But life is not precious. Every day people die in terrible ways, as do many other living things, and God does nothing about it (because there’s no such thing). Nature doesn’t care about us, and neither does the universe or 99.99% of the other people on this planet. My life is definitely not precious. For all I know, I’m going to die next year of some terrible painful disease, like cancer, and killing myself would only do today what nature is going to do tomorrow anyway, and without any sentiment. As I write this, death is happening on a huge scale all around the world. So much for precious life.

Another truth we’re reluctant to admit these days is that, with medical and technological advances, we humans are living not only longer than we used to, but too long. A few thousand years ago, thirty was an old age. A few hundred years ago, sixty was an advanced age. I’ve seen pictures of native american forty year-olds from the nineteenth century, and boy do they look old. And they were, by the standards of their time. A forty year-old in those days was an Elder who had grandchildren, and who had lived a full life. Now, you might be thinking you’re glad to be alive in the twenty-first century, when forty is the new twenty, but don’t be so quick to say so. As in everything, there’s a down side to our advances.

When you die and when you stop living are two different things. Many people from here forward are going to have the prospect of living to one hundred and beyond, but that doesn’t mean they are going to be living a quality life. They’ll just be alive. Living to one hundred is not something I want at all. Think about it: do you really believe you will have the wads of money you’ll need to support yourself for thirty or forty years beyond your useful, working life? I probably have already peaked at age 48 – certainly physically I have. What the hell is so great about living to 100 just because you can?

The unpleasant fact of life is that most of us die too old, not too young. Already some days I’m starting to think it’s all downhill from here. I’d like to see my grandchildren, but other than that I’m not so sure about the future. Quite possibly, all my best days are behind me. From here forward, I’m only going to get older and weaker. My eyes – which are noticeably declining – and my grey hair and my creaky knees are all telling me where I’m headed. I’m not saying it’s time to pull the trigger, but the thought of living to be 125 is not appealing. And there should be a way out before I find myself in an institution and a puddle of drool. There should even be a way out, in my opinion, if I’ve simply had enough.

Oh, but if we allow that then we’re playing God – and where does it end? My answer is that “playing God” is exactly what I like about the idea of ending my life how and when I choose. In my candid opinion God is a made-up thing, like Middle Earth and vampires and Spock, but playing God is much better than being a piece of dust blowing around in the wind. There’s no better way to assert your dignity than to choose when and how you leave this world, especially as you’ve no say in so many crucial matters pertaining to your life, including when and how you got here. “God” has hogged enough of the important decisions to himself, and it’s time we took back our self-respect from this make-believe dude in the sky.

The good news is that we’re living in a time of advanced chemical methods to painlessly exit this world. We don’t need to put a gun into our mouth, like Hunter S. Thompson did, or guess at the right combination of booze and pills that will get the job done. Everything can be done medically, scientifically and professionally, with zero risks of a botched job. And I’m 100% certain that the day is coming soon when euthanasia will be like applying for a mortgage or doing your taxes. When and how you end your life will be your decision, and it will be made with a lucid mind, and in consultation with your family.

The generation of people who approach death in this civilized and enlightened manner will be one step of evolution beyond the state of fear, superstition and religious hang-over that holds us back today.

I’m guessing that there are thousands of people who, if they read this essay, would think “This is horrible!” I don’t care about them, because they are the past and not the future. You see, I also believe that millions of people are now ready to hear what I have to say, and every day there’s going to be more of them. Demographics and scientific advances pretty much guarantee that my arguments on this topic will prevail.

Like me, millions are looking down the road and realizing that their rich, full human life is not 100 years long. And really, what life is or ever was? Most folks my age are thinking that long before they die they’ll have stopped living, and that there will be no point to keep going. The last ten or twenty or maybe even thirty years of their lives will involve expensive medical interventions to limit pain and to keep them alive. They don’t want to live under these terms, and only fear and ignorance is holding back this necessary and good conversation.

Of course, I can only speak for myself, and that’s all I’m doing here today. My position is that I don’t want nature or an accident or “god” or shit luck to sort this out for me. I want to be the Boss, and to play god, if that’s how you care to phrase it. I haven’t decided when my last day is going to be, but how cool is it that I can. That should be a day for partying, because I’ve made an important decision and fulfilled my will for my life. My friends and family will be part of the discussion and the decision, and I hope and expect they’ll support me, just as I would support them.