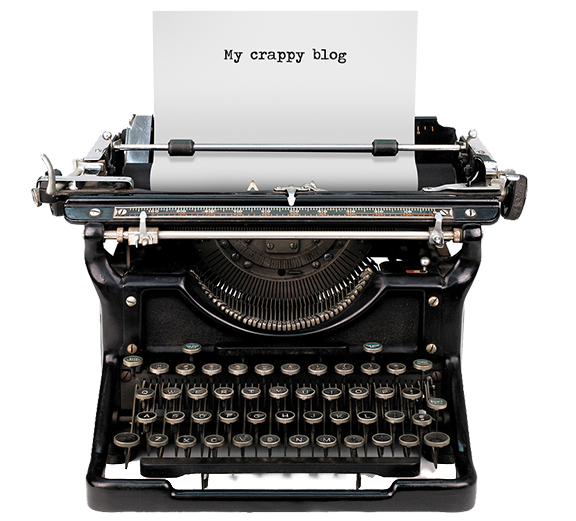 If you are a blogger, the odds are you have been going through the same experience as me. If that’s the case, keep reading. There is good news and hope at the end

IF YOU’RE A REGULAR VISITOR, you’ll have noticed my site has changed a lot these past months.

But first: Thank-you for giving me your time—for reading my posts, for contributing your thoughts, for your company. A few of you even share my posts on social media. I want you to know I try to return the compliment, by reading your work and posting it on my Twitter feed. This website is meant to foster a community.

Now, back to this change business. There’s a lot to cover, but I’ll be as brief as I can.

My five-year blogging anniversary arrives in ten days. In other words, I started waynekspear.com on January 21, 2010. At that time I was averaging 16 visitors a day. It was a fun time.

I paid no attention to traffic in the early days. That changed. I posted regularly, as much as four essays a week. After two years, I got curious. How much traffic was I getting? What did my audience look like?

The short answer is that I did a bunch of research, and I started collecting and analyzing data, and I concluded that I had no more than a few readers. I figured no more than ten people actually read a post, and that included my friends and family. After five years of blogging, the numbers are telling the same story.

So why is that a problem?

Having ten readers is great. If you’ve got this far, you are one of ten. You are great.

The writing i did between 2010 and 2014—those hundreds of essays—represents a lot of my time. I could have been doing a lot of other things. Each article took about an hour, so over four years that’s 600 hours.

My intention has been to build an audience and to earn income selling books and articles and whatnot. So to reach more folks, I started writing for the National Post. Some months later, in 2012, I was writing for the Huffington Post. I didn’t get paid for this work: it was done for exposure. And it didn’t work. Sure, more people saw my name, but my traffic flatlined.

Fast-forward three years, to 2015, and my daily average traffic is now 106 hits a day. Each of my posts gets, on average, about 18 hits. Keep in mind only five percent of these hits represent a reader.

In 95 out of 100 instances, a person enters words into a search engine, arrives at my site, decides in under five seconds it’s not what they are looking for, and bounces. (That’s the technical term for the non-engaged portion of your traffic.)

Okay, I could go down the rabbit hole now, and talk all about WordPress stats and what I’ve learned about the blogosphere, but again I’m going to give you the crisp summary. It’s worth repeating why I’ve written this post: you’ve given me your precious time, and I want to show my respect for this by explaining the changes on my site—and by telling you that more changes are on the way.

Also, if you are a fellow blogger, the odds are you have been going through the same experience. If that’s the case, keep reading. There is good news and hope at the end.

You see, I spent 2014 doing a lot of thinking and research and soul-searching. Not making money from writing wasn’t really my problem. It was the realization that my work was not connecting, that people couldn’t care less about it, that it just wasn’t good enough. I looked around the Internet and I found bloggers who, after a few months of writing, had thousands of readers. People took time to leave comments and to tell their friends about this amazing writer they’d found. Well, there was no denying that I was not this kind of writer. Why not? What magical thing did they have that I didn’t?

I also discovered that most bloggers were exactly where I was, pouring their heart and soul into writing that maybe a few people would read.

Trust me, that is the crisp version. The long version was a lot of studying, and a lot of messy and unpleasant introspection. In November I wrote a draft blog post that thanked my readers and announced I would be writing no more.

But then I got thinking. What if instead of quitting, I changed how I write? Make it more fun and accessible. I noticed that popular bloggers often have lots of pictures in their posts, and that they break paragraphs into bite-sized chunks with sub-heads and call-outs and CTAs. They write in a relaxed and even jargony style. So I started to do that.

Around this time I came across a fellow named Jon Morrow. I read a bunch of his blog posts, but here’s the one that blew everything I was thinking and doing out of the water: 20 Ways to Be Just Another Mediocre Blogger Nobody Gives a Crap About.

Yep, that was me: the crappy blogger no one gives a shit about. I’d managed to do every one of the twenty stupid things in this post. This pretty much sealed it: I was a failure.

Except I wasn’t. I was just a guy who didn’t know what he was doing. And once upon a time so was Jon. He knew what all the mistakes were because he’d made them. And now? He makes boat loads of money blogging.

So the good news is I can do better. I signed up for Jon’s course Serious Bloggers Only. Jon says you shouldn’t even bother writing anything on your blog until you have 10,000 subscribers. Instead put your effort into connecting with the influencers in your blogging niche, build a network, and write guest posts. He says you should put a note on your website, directing your readers to the guest posts you’ll be doing on those popular blogs.

I’m going to follow his advice, because maybe I’m delusional but I really do believe in my work. I just need to be smarter and more effective. So I’m studying marketing and business and other things most writers avoid like spoiled milk.

My partner doesn’t agree at all with the posts I’ve been doing since about last November. She says I’m dumbing it down, and that I’m smarter than that. I see her point. What I realized is that it’s not actually about my writing, it’s about cutting through the noise and clutter of the Internet.

When I’m finished this course I hope to have a few things sorted out:

• what is my niche in the blogging marketplace?
• who do I want to write for?
• what is my strategy for writing compelling prose that connects with readers?
• how do I turn this blog from a hobby (let’s be honest) into an income generator?
• in short: how do I stop being Just Another Mediocre Blogger Nobody Gives a Crap About.

I’m not going to stop blogging at waynekspear, but I am going to do less of it until I have completed the course-work and the strategies given to me by Jon.

I’d also love to hear your thoughts. I mean, if you’ve stayed with me this far, wow. Your thoughts are extremely important to me. I’m kind of dying to know them, to be honest.

Now, here’s why this matters to you. If you are also a blogger—I know some of my readers are—and anything I’ve written above is speaking to you, I recommend you visit Jon’s site. You deserve to have a community. I believe we should all be blogging to make a meaningful difference. You don’t have to settle for anything less. It took me five years to realize I was doing everything wrong. If I can help even one person to not waste five years making mistakes, this post will have been worth writing.