Ottawa isn’t going to change, ever, and Indigenous people should know it

FROM THE DAY I first set my eyes on Justin Trudeau, I thought he was an inconsequential narcissist, and I said so. I would say it to his face, to both of them in fact. Yes, Trudeau is charming. But that’s a problem, not a solution. Bill Clinton taught me long ago to mistrust charisma and charm, which is to say the political art of working out what a credulous audience wants to hear and then delivering it. If you’re a sucker for a schmoozer and a charmer, consider yourself warned: you really do get what you ask for.

A phone for a phony

A lot of people fell for the Trudeau pitch, but the shrink wrap has been off a while now and buyers’ remorse has set in. Especially for Indigenous people. Just look at the ledger: discriminatory chronic underfunding of on-reserve child and family welfare, continuing lack of clean drinking water in communities, Ottawa’s refusal of non-insured health benefits, and a list of unfulfilled promises. It’s as if the principal interest of the federal government is in creating aspirational terms it has no intention to fulfill. Gathering Strength, The Aboriginal Action Plan, Self Governance, Nation-to-Nation, Reconciliation, A New Relationship. Nice, shiny charismatic words.

The charismatic Liberal is a compassionate feminist who rolls up his shirtsleeves to serve a beloved middle class, but the real Liberal has a trust fund and a bottomless budget for self-serving propaganda, like the $212,000 cover of the 2017 budget. The charming Liberal happens to jog past your wedding, where he poses for selfies, but the real Liberal planned the stunt in advance and used your nuptials as an occasion for personal PR advancement. The charming Liberal goes to the UN, where he cringingly displays his Liberal guilt, but the real goal of this contrition is self-serving—a Canada seat on the UN Security Council. The charismatic Liberal thought it would be cool and fun to box Senator Patrick Brazeau—for charity—but the real Liberal contrived to beat up an Indian, to show the voters how tough he was.

Reconciliation is just another Liberal scam from a government that is scam-ridden. A government that claims to stand for the middle class but that has spent $400 million to hire CRA employees who harass clerks and waitresses and other low-wage, service industry workers, all while the Finance Minister fattens himself on conflicts-of-interest. A government that promised to help small businesses but didn’t, until public outrage forced them to. A government that is more interested in cutting deals with a brutal communist regime in China than it is in human rights. A government of arrogant and entitled trust-fund millionaires.

The Liberals are not going to take Canada in some bold new direction, because they can’t. No government can. A loud segment of Canadians would never accept the disruption and inconvenience, no matter how small. As bad as it is for many Indigenous people, the status quo has worked well enough for the country, which is why it’s the status quo. The Crown hasn’t solved its Indian Problem, but it has managed it. Canada is sovereign from sea to sea to sea, and it has its fingers in all of the resources, and Indigenous communities are under thumb. This isn’t ideal (total assimilation and disappearance of a distinct Indigenous population, the original government plan, was the ideal) but it’s not bad. So the politicians concentrate on political damage control, trying to contain things like the news of youth suicides, or class action lawsuits for residential schools and the Sixties Scoop. There’s no reason Canada can’t go on like this for another 500 years, and as far as I can tell, there’s no compelling reason it won’t.

That’s why I think all the Ottawa talk of reconciliation is just part of an ongoing branding effort, by governments looking for shiny words to put into expensive budgets and aspirational press releases.

Reconciliation within our families is another matter entirely. It’s meaningful and real, beautiful and necessary. So, too, reconciliation of community members. I am encouraged by every survivor who learns to express the love of a parent, love that he was denied in a residential school, to his own children. I am encouraged by the communities that cast their eyes into the pit of collective historical trauma, determined to understand and to heal. I am encouraged by open and honest conversations between ordinary Canadian citizens and Indigenous people. I believe in the power of everyday people, and not in the empty words of career politicians. We don’t need Ottawa for real reconciliation, and that’s a good thing, because Ottawa is never going to give it to us.

IN THE YEARS leading up to the 2003 invasion of Iraq, a commonplace indictment of Saddam Hussein was that he was guilty of using chemical weapons against “his own people.” The notion that Iraqis, to say nothing of Kurds or Kuwaitis, could be considered the people of the Ba’athist regime was not lost on the dictator. The Hussein family indeed treated all of Iraq as its personal property, inclusive even of the private lives of Iraq’s citizens, and revealed itself ever eager to extend these possessions beyond its own borders.

END_OF_DOCUMENT_TOKEN_TO_BE_REPLACED 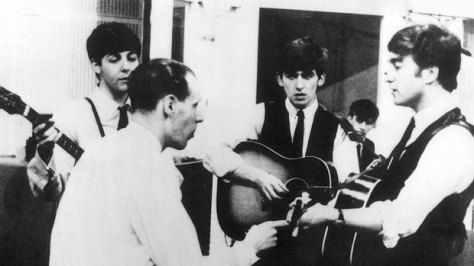 WHEN I was in high school, I had the good and (even in those days) atypical experience of passing through the classroom of a teacher who held fast to the discipline of the formal debate. Looking back, I regret that I hadn’t had more of it, and I wonder to what degree today’s students are similarly deprived by a culture which mechanically genuflects before the shrine of debate while refusing to nourish the conditions which make it possible.