A PILLOW BOOK is an open-ended and spontaneous collection of fragments, and as such may include lists, observations, poems, short personal essays and diary entries. A precursor of the genre zuihitsu (random jottings – the more literal meaning to proceed, or follow, with a brush), this literary form made its appearance under the title Makura no Sōshi, or Notes of the Pillow, one thousand years ago.

This is the name that Sei Shōnagon gave to the most famous example of such literary undertakings. Notes of the Pillow – or The Pillow Book, as it is more commonly rendered – provides the following account of the origin of its name, in an entry which (according to Ivan Morris, in the introduction to his 1967 English translation) can be dated to 994:

One day Lord Korechika, the Minister of the Centre, brought the Empress a bundle of notebooks. “What shall we do with them?” Her Majesty asked me. “The Emperor has already made arrangements for copying the Records of the Historian.”
“Let me make them into a pillow,” I said.
“Very well,” said Her Majesty. “You shall have them.”
I now had a vast quantity of paper at my disposal, and I set about filling the notebooks with odd facts, stories from the past, and all sorts of other things, often including the most trivial material. On the whole I concentrated on things and people that I found charming and splendid; my notes are also full of poems and observations on trees and plants, birds and insects.

The Pillow Book is remarkable as an instance of haphazard brilliance. It discloses extraordinary literary talent and power of observation in the service of presumed ephemera. To give you an idea of the charm, variety and interest of this unparalleled work, I provide a sample of the titles of entries – interpolated by the translator, but nonetheless representative of the themes:

– How Delightful Everything Is!
– Different Ways of Speaking
– That Parents Should Bring Up Some Beloved Son
– The Cat Who Lived in the Palace
– I Enjoy Watching the Officials
– Depressing Things
– Hateful Things
– Things That Make One’s Heart Beat Faster
– Things That Arouse a Fond Memory of the Past
– Oxen Should Have Very Small Foreheads
– A Preacher Ought To Be Good Looking
– Elegant Things
– Unsuitable Things
– It Is Hateful When a Well-Bred Young Man
– Poetic Subjects
– It was During the Abstinence of the Fifth Month
– Masahiro Really is a Laughing Stock
– When a Woman Lives Alone
– It Was a Clear, Moonlit Night, etc. 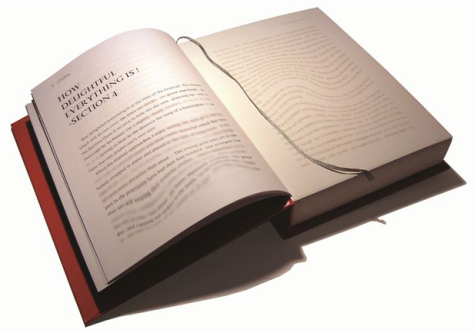 Part of the charm of this book, for me, derives from my own oddball attachment to the making of lists and my spontaneous impulse to participate when one is underway. As an example, to Sei Shōnagon’s Hateful Things I add, “When washing one’s hands, the cuff of a sleeve contacts the water and becomes wet.” I suspect I loathe this in precisely the way that she loathed the brush hairs that stuck to her inkstick stone. I think I’ve mentioned elsewhere — probably in my piece on commonplacing — that I, too, have “a vast quantity of paper at my disposal.” Only, I came into it, not through the Emperor, but rather by means of my stationery fetish.

The Pillow Book is a genre which accommodates the full range of the writing spectrum, from idle jotting to highly disciplined poetic composition. It is the character of the writer’s manner of perceiving, the stamp of the personality, and the idiosyncrasy established by certain likes and dislikes, the fingerprints of the individual mind upon everything it touches, which lend the pillow book a final, unplanned unity. To read a pillow book is to apprehend the multifarious world as it is drawn into the floodlight of a singular human consciousness.

I hope that by now I’ve nudged you toward The Pillow Book, as well as toward pillow books in general, and I will dare to hope further that you’ll consider launching one yourself. It’s the perfect leap into writing if you’re unwilling, or unable, to commit to any one type of composition.

On Monday, one’s pillow book may be a poem, and on Tuesday it may be a list or a diary entry or a character sketch. This leaves Wednesday through to Sunday for entomology, limerick, polemic, song, philosophical reflection, gossip, and sartorial commentary. The pillow book proves that there are no unworthy nor uninteresting subjects, and that indeed the principal attraction of, as well as the reward for, a writer’s life is the infinite diversity of our world which forever entices and charms.

3 thoughts on “Sei Shonagon and the Pillow Book”