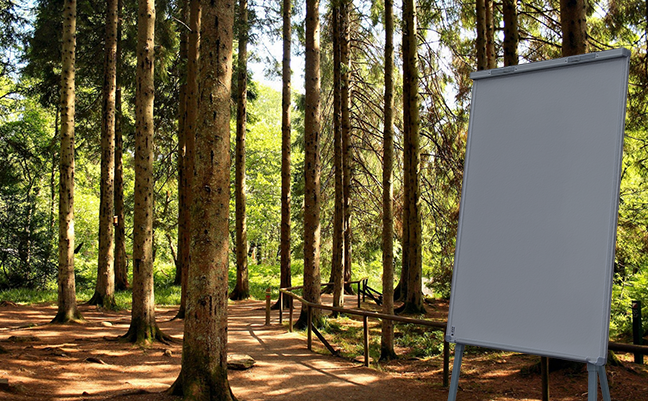 THERE’S AN EASY WAY to tell you’ve been spending too much time with the Cree, and it’s this:

As in, “Three guys walk into a bar. No, just kidding.”

If you know any Cree people, you know what I’m talking about.

And speaking of the Cree…

…a long, long, long time ago, the indigenous people of this land had an important right of passage.

When a young man, or a young woman, reached the ceremonial age, all of the people in the community would gather at a sacred spot.

Maybe in the woods, or at the centre of the village, or in the longhouse near the fires. Every nation had their own, sacred spot.

They would call the young man, or young woman, before the gathered community.

It would get very quiet. Electricity would pass through the crowd. Everyone would watch transfixed.

Because the special day had arrived to present the young man, or the young woman, with his, or her …

Okay, I made this up. But the point of the story is that today I bought a flip-chart easel.

And owning my own flip-chart easel makes me feel all grown up, or something.

It’s not my company’s flip-chart easel, or my team’s, or my business partner’s. It’s MINE.

And there are so many uses for a flip-chart easel that I can’t believe everyone doesn’t have one of his, or her, own.

I think that’s because there are no decent flip-chart easel ceremonies.

Anyway, from now on I’m going to do everything by flip chart.

Christmas cards, love letters, and tax returns can all totally be done on a flip chart, and why they aren’t already is truly a mystery to me.

You can even set it up on the bus, during the ride from Staples to the subway home, and do a team-building workshop. Trust me, I thought about it.

Here’s just the first of many uses I have found for my flip-chart easel. So, yeah, I think I’ll do only flip-chart-Twitter from now on.

And here’s another use, which will finally resolve something I’ve been meaning to tell my son. 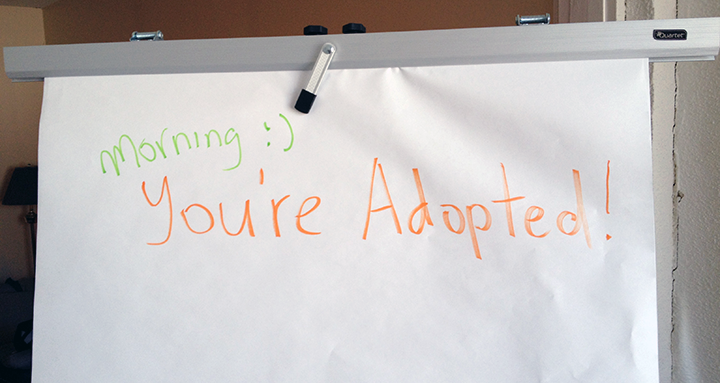