It’s Time To Think About The Post-Trump Future

ONE DAY Donald J. Trump will no longer be the President of the United States of America. Whether he is impeached (unlikely in my view) or he serves two terms (more likely) or congress abolishes the 22nd Amendment and he occupies the office until his death at age 107 (one can never know) Trump will one day stop being President.

Perhaps you think this is a wonderful thought. But have you considered: what happens when this President is gone?

Even if Trump were impeached tomorrow, he would already have what we’ve learned to call a legacy. He talks a good deal of his supreme court nominee, Neil Gorsuch, and he’s been busy making lifetime judicial appointments at a near-record-setting pace, but these are the least of it. More important are the multiple ways he’s altered the business of politics itself, whether it’s the coarseness of his style or the clear disregard for norms of civil behavior. Donald Trump boasted in the Republican primaries that he’d brought millions of hitherto non-voters into electoral politics, and we now have a definite sense of those voters as well as of the reasons why they were, before the arrival of Mr. Trump, non-participants. Shunned from polite company, the ethno-nationalists and neo-fascists and white supremacists jumped back into the game when they could see it was becoming suitably nasty.

Everyone should understand that Trump has opened a Pandora’s box. The mass to which he has given voice and leadership will not stop being a cohesive political constituency in the post-Trump world, even if a Trumpist successor does not appear on the scene to lead it. And imitative although politics is, it is unlikely that there will be a political candidate who has Trump’s peculiar combination of characteristics. More likely is that some politicians will reject the Trump model outright while others (perhaps the majority on the Republican side) will adopt bits of the performance—the use of social media, shameless attacks on opponents, and so on. We are only one year into the Trump era, and for that reason it is impossible to say how deeply into the wood this President is going to burrow. At the very least Trump has made it possible to think that a President might go up against the media and the state and survive. Tomorrow this proposition could be proved wrong, but if this President serves two full terms it is difficult to imagine the country will be the same as it was when Mr. Trump found it. Either the President is going to change or America is, and that is less a proposition than it is an acknowledgement of the political experiment that is taking place before our eyes.

It is very difficult to see the Untied States coming out of the Trump years less and not more divided. If this president is able to change the country in the ways he plainly wishes to, there will be an appetite among one political tribe to hold firm and even to expand the advances, while among the other there will be an equal desire to push back. The use of executive power, that goes back at least to the Bush and Obama years, will continue under future presidents. Congress will have few incentives to find middle ground on any matters of importance. The broader polarization of the public will ensure that extremism is rewarded, as we see today in the candidacy of Roy Moore. Just as political conciliation and compromise live in the middle-ground, so too do the norms of political decorum. In 2017 we have set to blowing up all the norms, and with them all interest in outdated and unacceptable notions like shared interests and common ground. Politics today is a zero-sum proposition, and you are either (for example) with the sexual predator of teenaged girls who is running for the Senate or you are against God and Christian values.

Donald Trump did not and could not have created this mad world of value-speak. He discerned and then exploited it, which is the form of genius he shares with his fellow authoritarians, past and present. He is a symptom of the grievances and resentments and anxieties and aspirations that have long bubbled just below the surface of conventional political civility. His words are the unspoken and long-inadmissible words of millions of Americans. After Trump is gone, the things which he represented will live on. But they will live on in a world that Trump has had years to shape and influence. The post-Trump world will not be the pre-Trump world. That world is gone. 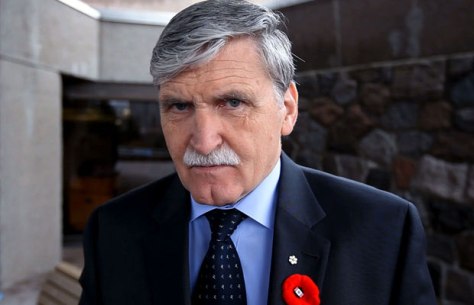 THE DATE WAS Thursday February 15, 2007, and I was on my way to a parliamentary Senate breakfast on Ottawa’s Wellington Street. With me was the former long-time CBC national reporter, Whit Fraser, a man who is never lacking for a quip of the moment. As I opened the door to the Senate building, keen to escape Ottawa’s notorious winds, he remarked: “eighty percent of these people are useless. But the other twenty make up for it.”

END_OF_DOCUMENT_TOKEN_TO_BE_REPLACED

ROUGHLY THREE YEARS ago, on a visit to the office of then Senator Consiglio Di Nino, I was shown a voting card signed by the Progressive Conservative and Canadian Reform Conservative Alliance members who on Wednesday, October 15, 2003 created the Conservative Party of Canada. Acknowledgement of this anniversary — ten years ago, exactly — was understandably absent from a voluminous Throne Speech which noted the approach of several other anniversaries, including Confederation and both World Wars.

END_OF_DOCUMENT_TOKEN_TO_BE_REPLACED 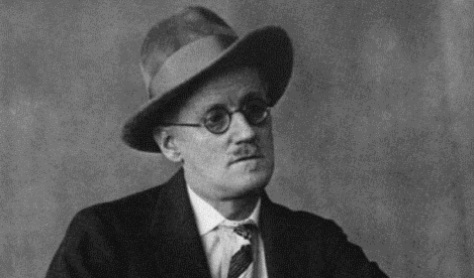 Mike Duffy proved himself to be effective on the after-dinner speech-and-shakedown circuit, and in exchange for this service the Conservative Party of Canada was willing to turn its gaze from the very things which are now threatening to bring the party down.

I WAS NEVER an enthusiast of Frank magazine, but no one living in Ottawa at the height of its notoriety — from the mid 1990s to the early 2000s — could entirely ignore it. By the time of its demise it had sunk, in my view, to the mental and moral level of a frothy mob. Good satire is a matter of discernment, knowing just who to attack and on what foundation. An example is condensed in the brilliant coinage The Puffster, Geoff Heinricks’ name for the journalist-turned-trough-feeder Mike Duffy. In the ’90s, he was the subject of an ongoing satirical campaign which culminated in a defamation lawsuit (a common occurrence at Frank) later settled out of court. “Puffster” economically and comprehensively summed up the self-regarding Duffy, capturing in one word his swollen ego together with his lack of moral and intellectual gravity.