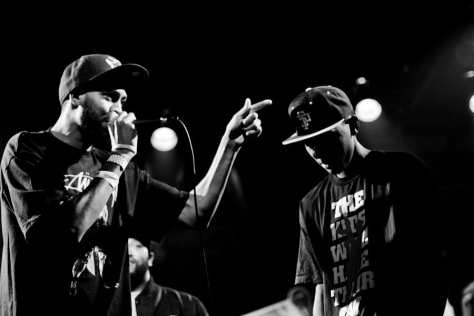 A GUARDIAN UK article, written by Alison Flood and published over the weekend, quotes the Forward prize judge and TV presenter Jeremy Paxman as wishing aloud that “poetry ‘would raise its game a little bit, raise its sights’, and ‘aim to engage with ordinary people much more.’” Every so often you encounter this lament, often uttered by poets, that poetry has become irrelevant to the great mass of plain old folk.

It seems quaint today, but for hundreds of years poetry was a subject of fierce disagreement. Plato mistrusted poetry, and in his dictatorship of the philosopher-king there would be no room for poets. Against this backdrop, apologists from the Renaissance onward endeavoured to rescue the reputation of verse by asserting its positive role in promoting virtue. Over four hundred years ago, the English Elizabethan poet, Philip Sidney, established the humanist case for poetry which was updated by Percy Shelley in the Romantic period and which in some respects obtains to this day. I’ll be as bold as to attempt the compression of both arguments into one sentence: poetry makes us better human beings, in the specific manner and sense of enlivening our faculties, thereby providing a positive and active moral foundation for our behaviour.

The fragment of this reasoning which obtains in our day is the imprecise idea that we’re “better off” for reading poems. In grammar school I was expected to memorize and recite poems, and not just any poem but often didactic verse with a clear moral lesson. This was meant to impart a double benefit of moral instruction and an improved faculty of memorization. I don’t know that either end was furthered, but it does happen that I’ve a store of verse from which I draw to this day. But even though I’m old enough to have gone to grammar school at a time when it really did have to do with grammar, the education systems of North America were already well on the path to discarding out-dated notions like good penmanship, the learning of times tables, and the reading of poetry.

Ask someone who is twenty to produce a line of cursive, and you’ll see instantly why they’ll also be unable to produce a line of Milton. Both of these – how to write prose and how to read poetry – must be taught, and today neither are. A poem is not a newspaper or a recipe or a computer manual: it is a distinct kind of writing with its own history and conventions and forms. By distinct I don’t mean “more difficult” or “brainier.” Snobbery of this sort is a recent development, and as late as the middle of the last century an English-speaking student of the working classes would have been expected both to read and comprehend poetry. In fact, an education of this very sort would have been regarded as essential by any radical, which is to say those who believed in the elevation of the Proletariat.

What happened? Poetry joined a long list of subjects whose mastery was considered too much trouble to be worth the effort. Nor did it help that poetry, and literature in general, was the work of dead white guys in a world that was throwing off its patriarchal and colonialist past. There’s no getting round the fact that it’s near impossible to comprehend Chaucer, Spenser, Shakespeare, Milton, Blake or even Wordsworth without knowing the Bible and the major texts of Roman and Greek antiquity, and medieval Europe, from Hesiod and Homer to Ovid, Boccaccio and the King James Bible.

Is it possible to revive interest in poetic language and poetic forms in a world that is drifting away from the Judeo-Christian tradition? The answer is that the work has already been done, and that composition as well as consumption thrive in our day in the work of spoken word performance and rap. Many hundreds of millions of dollars are spent each year on works that combine rhythm and rhyme, set to music as was the early verse of the Western literary tradition. This modern-day poetry fulfils Paxton’s call “to engage with ordinary people,” and it’s remarkable that this fact is overlooked. Only the work of bias can explain it: not only cultural bias, but the bias of literacy, which above all else means the printed word. Musicians are in the habit of saying that they “write” songs, when in fact they often do nothing of the kind.

The irony of the literary bias is that by citing it we must return to Plato, whose contemptuous view of the poet launched this little essay of mine. Plato lived in a time when the written word was regarded with active and hostile suspicion, and when serious thinkers worried that writing things down would destroy the human ability to commit works to memory, thereby diminishing human dignity and virtue. Everything we know of Socrates, for example, comes to us through his pupil: in a time when Homer’s Iliad was sung from memory, few would have seen the merit of print. The point is that while the cultural biases of ancient Greece have been finely dissected, we’ve yet to discern whether the printed word and its literary traditions are above all else victims of technological changes, or instead of a yet another cultural revolution.

One thought on “Jeremy Paxman and Poetry’s Bad Rap”