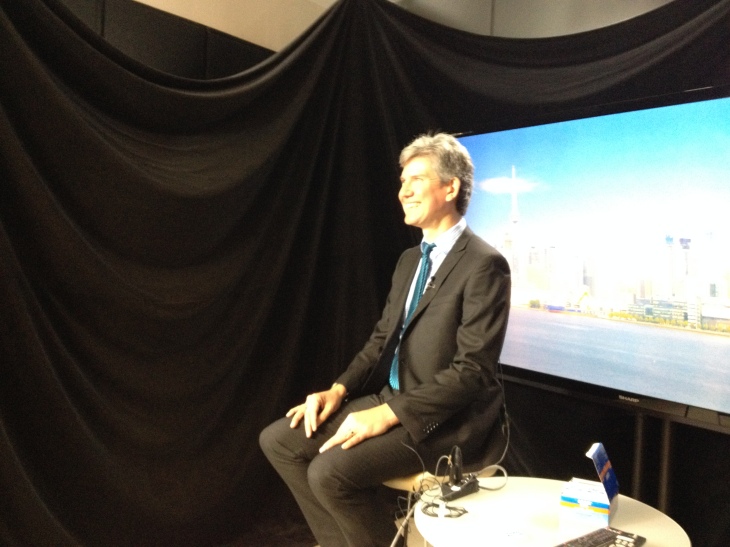 A LOT OF PEOPLE (at least two of them) have asked about this little TV thing I do each week. So today I’m dedicating a segment to some Tee-Vee talk. Segment, by the way, is a TV word. See how I worked it like a real pro!

It all started like this. Back in the Spring, I got an email from a CTV News Chase Producer who’d seen my stuff in the National Post. A Chase Producer is just that—someone who chases guests. And I’m a really easy catch, because I haven’t done a push-up or run a lap since high school.

A day or two before, the producer sends an email to ask if I can be on the show on Monday, or Wednesday, or whatever day it is that week. A couple hours before the show, I get the news topics by email. There are usually three, all drawn from whatever is big in the news at that moment.

I quickly look at the links to news items in the email, then I have a shower, put on my blazer, and take the subway to the CTV News studio on Queen Street West in downtown Toronto. During the 30-minute subway ride I think about what I might say on the air. By the time I arrive at the Osgoode Station, I have the rough outlines of a mental script. Sometimes though I just say whatever comes to mind in the moment. In the business we call this flying by the seat of the trousers. (P.S. I realized a while back I could actually do this show without wearing pants. I’m keeping that one in my bag of tricks for later.)

I sign in at the security desk, get my little badge, think of Blazing Saddles, and wait for my escort. The escort—a different person each week—takes me to a waiting area, and minutes later another person, also different each time, takes me to the little room where I’ll sit on a stool and look into a tower of cameras and monitors and very bright lights. My helper puts an earphone into my ear and clips a mic to my jacket lapel. Then Marie, who I’ve never met but who works in the control room, says hello and asks me to do a five-count. She says something like “we’re two minutes out” and I wait for the program to start. Also, there is another person in another studio, usually Ottawa.

When people ask me about the show, the questions are usually things like “What is the show called?” “Who is the host?” “Where can I see it.”* Here’s what these conversations look like:

I’ve never met the host or talked to her, except on-air. No one has ever mentioned her name or the name of the show to me, and since I look into a camera when I’m on television, I’m not sure what she even looks like or if her name or the show name ever appears on the screen. I think my bit is called the CTV News Panel, and that it’s not so much a show as it is a segment between shows. Or maybe the news is just a bunch of segments all strung together, like news sausages. If that’s true, what I’m usually aiming for in my work is Hot Italian.

It’s all very mysterious, this TV thing. All I can tell you is that somewhere between Monday and Friday, some time between 10:30 and 11 am, I say some stuff into a camera and theoretically it is on TV. I don’t know for sure—I’ve never seen it. This could all be an amazing practical joke arranged by some friends of mine. Actually, it feels a lot like that, so I’m going to say that being on TV is a lot like a practical joke. Make sense? Good.

The show lasts about five minutes and then I’m set free to go shopping at Marshalls. 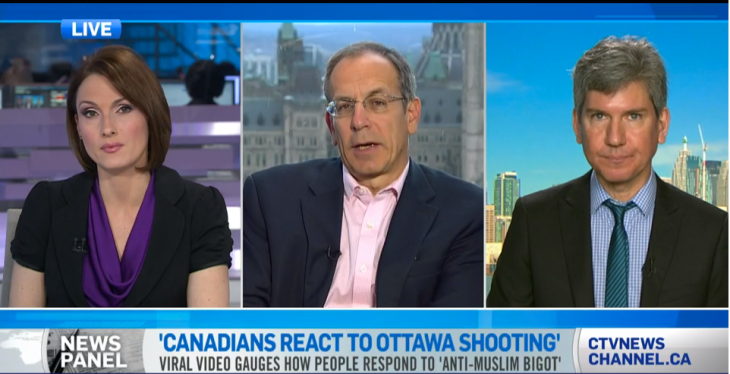 Oh, by the way, I found this CTV News Panel clip from September. It’s me and Andrew Cohen, from the Ottawa Citizen, talking about a social experiment video that was viral at the time. Boy I look grumpy. What is my problem? But I do have nice TV hair. So I guess I am on TV!

* All kidding aside, here’s what I found by doing some investigation: the host is Jacqueline Milczarek, the segment is CTV News Panel, and the video is posted at www.ctvnews.ca.

UPDATE. Here’s another picture of my hair and a link to this week’s show. 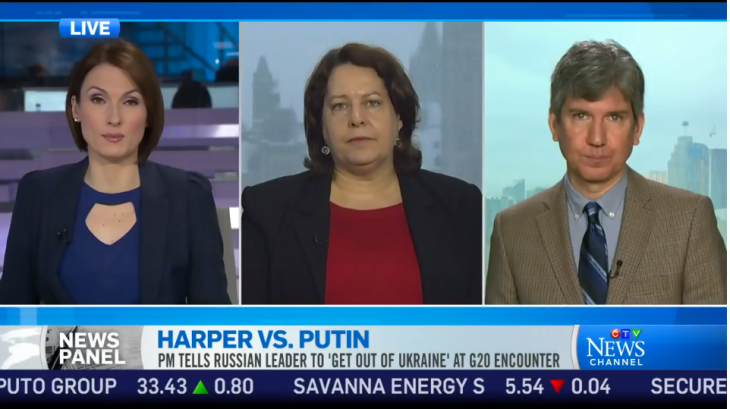 This one is my fav. I look like I’m channeling Dennis Waterman aka Detective Sergeant George Carter, from The Sweeney. Or maybe I’m Jack Regan. In this clip I just took down the bad guy and now I’m ready to drink and be a football hooligan. Also, the hair.