A FEW DAYS AGO, I told you about my adventures in televisionland. Well, wouldn’t you know it, but right after I published that piece, Bell Media announced a big whack of layoffs. Here’s how Canadian Press reported it:

Jacqueline Milczarek is the host of CTV News Panel, or as I’ve been referring to it for nine months, “this newsy thingy I’m apparently on each week.” Or rather, she was the host, up until now.

I felt bad for Jacqueline. I mean, first of all losing your job. But then, on top of this, seeing it prominently in the news. Put yourself in her place, like I did:

Boy, this is awkward, even if I did see that headline coming. And they used my bad-ass cop-show-detective pose.

I’m sure Jacqueline will land an even bigger job, and I wish her the best of luck. As for the CTV News Panel, I’m told the show will go on as before, henceforth with the new host Marcia MacMillan.

According to an article in the Toronto Sun, Marcia dreamed at the age of ten she’d one day be a TV anchor. Marcy Cornblum writes that “MacMillan would rush home from school to watch the news with Katie Couric.” That is so weird. When I was ten I used to rush home to watch the news each day with Barbara Walters.

Barbara wouldn’t stop talking over the broadcast, so I started watching the news with Harry Reasoner.

Clips of my CTV appearances can be found here. I don’t know how far back the videos go, or how long they stay up on the website. I like to think they’ll be on-line long enough that future civilizations, thousands of years from now, will study them to learn what Huffington Post columnists thought about people who leave dogs in cars on hot days. (Yes, that was an actual news topic.)

My next appearance is Monday, November 24, and I’m really hoping I’ll be asked to comment on this War Against Fonts that CNN is reporting. My position, in case you’re wondering, is that Adobe Garamond and Caslon Old Style should be defended at any cost. Civilization is too important to let Venetian serifs fall to the jihadists; however, they can totally have Comic Sans, Papyrus, and Curlz MT.

When I’m not on TV, just maybe I’m on Twitter. If you like fonts, there are some in my book. 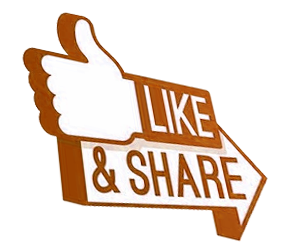